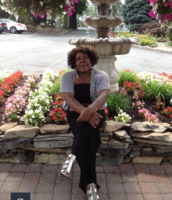 Debra Louise Foster was born January 10, 1954 in Newark, New Jersey.  She was the second eldest of three children born to the late Joseph and Mable Foster.  She entered into eternal rest on Saturday, April 3, 2021.

After attending Newark Public Schools, Debra began her long and successful 22 year career with AT&T.  She became a devoted caregiver to her mother.  After her mother’s passing, Debra returned to the work force with The Department of Community Affairs & Resources until her retirement.

Debra was a loving and devoted daughter, mother, sister, aunt, grandmother and friend.  She loved family and always put the needs of others before her own.  She was a kind and giving spirit with a heart of gold.  She also had a great sense of humor.  She will be deeply missed by nephews, cousins, extended family and friends.

Debra leaves to mourn her two sons; Velten (Monty) Foster and Walee Foster, two grandsons; Nasir Foster and the late Todd Thompson, two siblings; Joseph Foster, Jr. and the late Dorothy Foster.  After her sister’s passing she drew even closer to her only niece Taronica (Ronnie) McCormick with whom she shared a special bond.  Debra was more like a grandmother to her great-nieces; Danayah and Dajah McCormick who affectionately called her “Sunshine”.