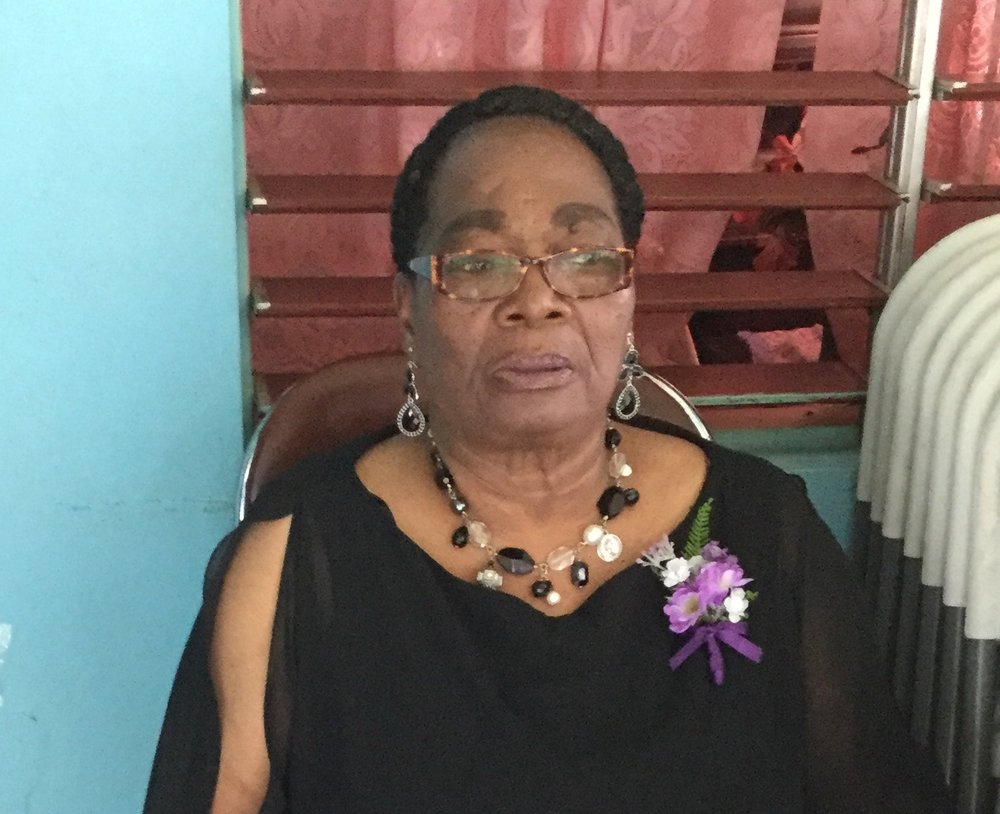 Beryl Shirley Morris passed away on January 3rd 2020 at the age of 80. She was born on December 19th, 1939 to the late Vera Hill and Robert Shirley in Clark’s Town, Trelawny, Jamaica West Indies. She received her early childhood education at Clark’s Town Primary School in Jamaica West Indies. Upon graduation, she attended domestic training school and later worked for Muchette’s Estates in Trelawny. In 1968, she relocated to Kingston, Jamaica for more lucrative employment. Beryl migrated to the United States in July 1979 and settled in Somerset, NJ. She worked at King James Care Center and Central Jersey Jewish Home for the aged for 25 years until her retirement in 2009. After retirement, she worked as a part time Home Health Aid, taking care of the elderly in their homes and in extended care facilities. Her patients loved and adored her for her compassion, her sense of humor and her dedication. Beryl loved her family, in particular her grandchildren. She was loved by many and will be greatly missed. She loved cooking, baking and playing dominos. Beryl is preceded in death by her mom, Vera Hill Mitchell, her dad Robert Shirley, her stepdad Douglas Eric Mitchell and her sister Esmie Shirley McHugh. She is survived by her daughter Avril Keldo (Melvin Keldo SNR), her son Ezra Stoddart JNR (Patricia Van Houtven), her granddaughters Shanice Keldo Coleman (Brian Coleman SNR) Shaina Keldo and Shawn Keldo and Kaisey Stoddart. Her grandsons Melvin Keldo Jr (MJ), Jordan Stoddart and her great grandchildren Brian Coleman Jr and Brielle Coleman. She leaves to mourn brothers, sisters, and numerous other relatives and friends.
To send flowers to the family or plant a tree in memory of Beryl Morris, please visit Tribute Store
Print
Friday
17
January