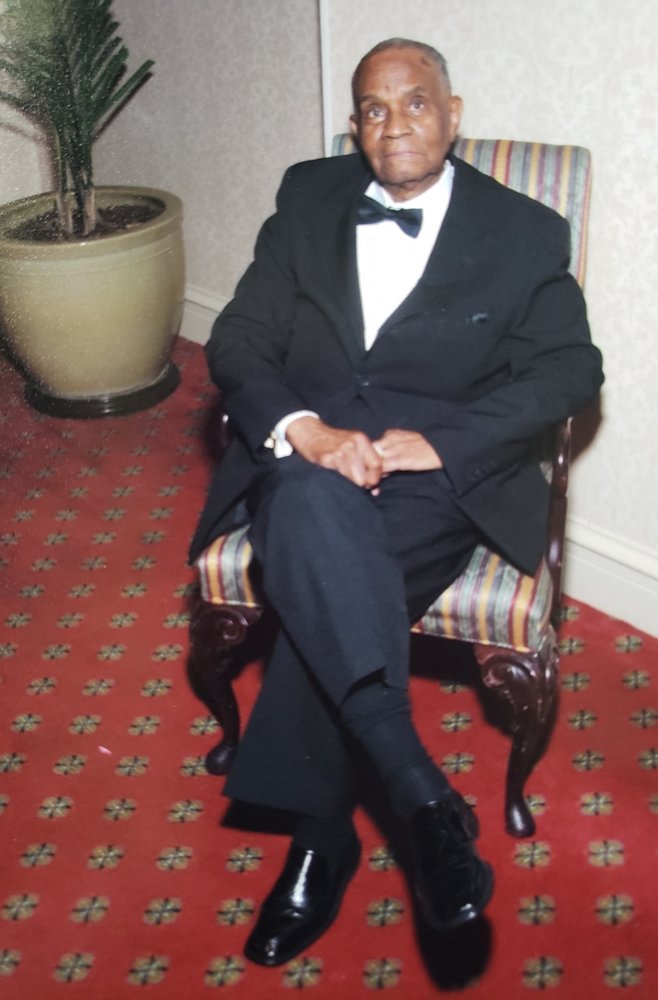 Obituary Samuel Lee. Smith Jr. was 97 years old and a resident of Robbinsville, New Jersey. He was born in Ripley, Tennessee on September 25, 1922 to the late Samuel L. Smith Sr. and Edmonia Wardlow-Smith. He was the youngest of five children. Samuel Lee Smith Jr. transitioned from this earth on Monday, May 11, 2020 at 12:05 am in Plainsboro, New Jersey. Samuel Lee Smith Jr. believed in God and accepted the Lord as his personal Savior at an early age. He was very proud of his Biblical name and often reminded people who met him how Hannah prayed to God for a child and gave her son the name of Samuel. As a young man, he attended St. Matthew’s Baptist Church in Ripley, Tennessee where he served on the Deacon Board. Psalm 139 is one of his favorites and he enjoyed singing the Christian hymn, “Jesus Keep Me Near the Cross” because the meaning was to be in the love and grace of Jesus. Samuel Lee Smith Jr. was a United States Veteran and very proud of his heroic service in the Army as a Quartermaster in World War II during the Battle of Saipan. He was honorably discharged on December 14, 1945. He had his jackets and sweaters adorned with the patches and emblems recognizing his service; when people would approach and thank him for his service, he was very appreciative. Sam was educated in the Lauderdale County School System where he excelled in mathematics. As a teen and young adult, he worked on the family farm as a sharecropper before joining the United States Military. He moved from Ripley, Tennessee to East Orange New Jersey in 1951 where he lived with his wife, Mattie Ruth Foster and they raised two daughters. He worked at Diamond Shamrock for thirty-one years as a chemical operator, supervising the department that processed making vitamin D which is used in milk. He joined the Abyssinian Baptist Church in Newark, New Jersey in February 1952 and was an active member of the Deacon Board for more than forty years. He made sure that his children also were taught to believe in God and ensured that they attended Sunday school and church each week. After retiring from a successful career at Diamond Shamrock, he worked for the next twelve years at Churchman Funeral Home assisting families with limousine services. Samuel Lee Smith Jr. affectionately known as “Pop S” by close family and friends was an excellent cook. Everyone would honor the opportunity to stop by his house when it was known that he had cooked and fill their plate with his tasty meal! When he received compliments, he would tell you the food was, “Seasoned with love!” He often would say, “Eat until you can’t eat anymore!” He merged his culinary talents with his entrepreneurial spirit and opened a Soul Food Restaurant in Newark, New Jersey on Aldine Street. Customers dined on his flavorful macaroni/cheese, string beans, collard greens, smothered steak, smothered chicken, fried chicken, pork chops, potato salad, rice, gravy, yams and many other menu delights. Other crowd favorites were his cakes: coconut, pineapple and chocolate. During the Newark riots in 1967, his restaurant was the only business that was saved and left untouched by the vandalism. After closing the restaurant, he continued to cook and was often the chef for many celebrations such as: birthdays, graduations, holidays and just about any occasion. Listening to gospel music, watching tapes of family gatherings in New Jersey and especially return visits to Tennessee were a few of his favorite pastime activities. In addition to a good home cooked meal, he enjoyed ice tea, peach cobbler and lemon ice cream. Deacon Smith is the proud father of five children; he was preceded in death by his son, James Edward Smith. He leaves to cherish his loving memory two sons Samuel L. Smith, III and Greg Cook and two daughters, Hazel R. Smith and Rudine Smith. He also leaves to morn his beloved Grandchildren, Great-Grand children and a host of nieces, nephews and friends.
To plant a tree in memory of Samuel Smith Jr., please visit Tribute Store
Plant a Tree
Print
Wednesday
20
May