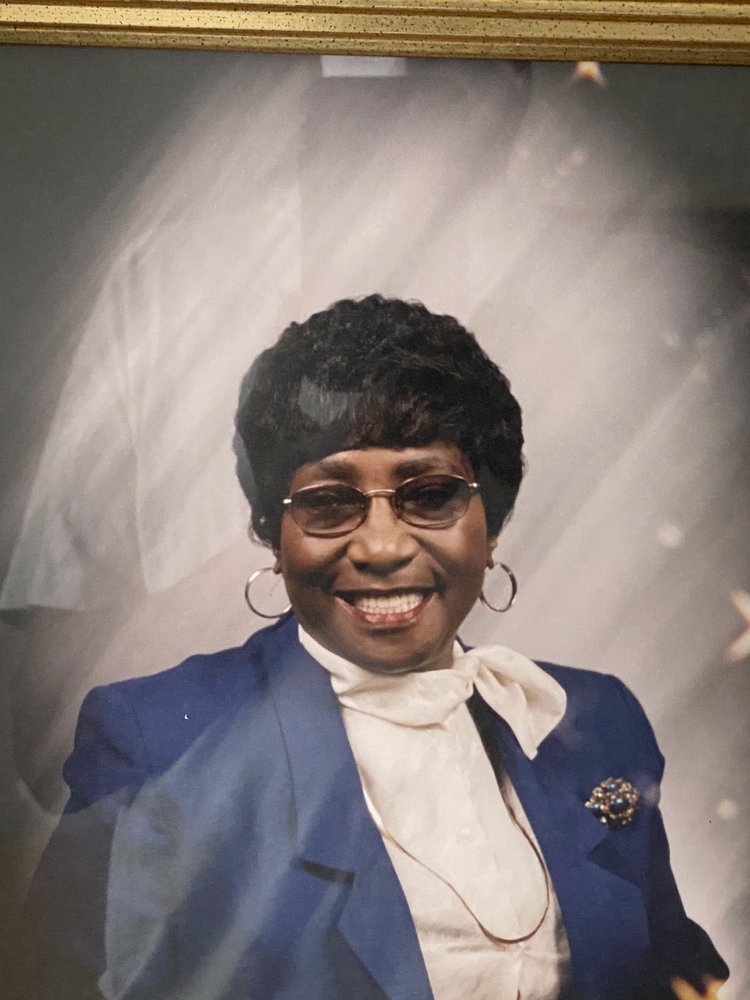 Obituary Earline Fleming was born in Fitzgerald Georgia on January 22, 1935 to Reverend HW and Sarah Lawrence. She was educated in the public schools of Georgia where she met and married her childhood sweetheart Lucius Fleming. Through their union they were blessed with a daughter Linda Faye (who passed 2 days after birth) and a son Van Claude. After this union ended, Earline moved to New Jersey where she met the father of her daughter Cassandra. Although Earline was a hard worker, having worked at Emerson, RCA and later retiring from Howard Savings Bank, she always had an entrepreneurial spirit, being called the Queen of Avon and Popular Club. She was well known throughout the community for her giving spirit always helping anyone she could. Earline’s parents raised their children to always stick close together and that is what they did. After she had a stroke over 10 years ago, there was only one sister Louise that still lived in NJ and she and her husband Joe would go to visit her weekly sometimes twice a week. Each of the sisters talked daily to one another. She accepted the Lord at a young age and became a faithful member of Abyssinian Baptist Church in Newark for over 50 years, where she served on Nurses Aid Board. Earline loved her church and loved to worship and study the Word. Earline was a soldier throughout her illness, and she kept fighting, until the day came that it was time to put her sword in the sand and to fight no more. She passed away peacefully with her son and daughter at her bedside and her faithful aide (Miss Kay) who took such good care of her. Earline was preceded in death by her father the Reverend HW Lawrence, her mother Sarah Lawrence, her daughter Linda Faye Fleming and her oldest sister Johnnie Mae Byrd. She leaves to mourn her son and daughter in law Van/Brenda Fleming of Lithonia Georgia, her daughter Cassandra Fleming of Newark, NJ, 4 grandchildren, Van Jr., Shea, Sean and Shana of Georgia, 7 great grandchildren and 4 great great grandchild of Georgia. 2 sisters Dr. Claretha Graham of Los Angeles, California and Louise Glover and a devoted and faithful brother in law Joseph Glover of Whiting NJ and a host of nieces and nephews, cousins, and friends. Earline had many friends and loved them all, however she would most definitely want her three besties to be mentioned: Ruby Riley, Ann Glenn, and Peggy Crawford We say rest well our Love, you have now gone from Labor to Reward. We love you so much and will miss you greatly!
To send flowers to the family or plant a tree in memory of Earline Fleming, please visit Tribute Store
Print
Wednesday
24
June