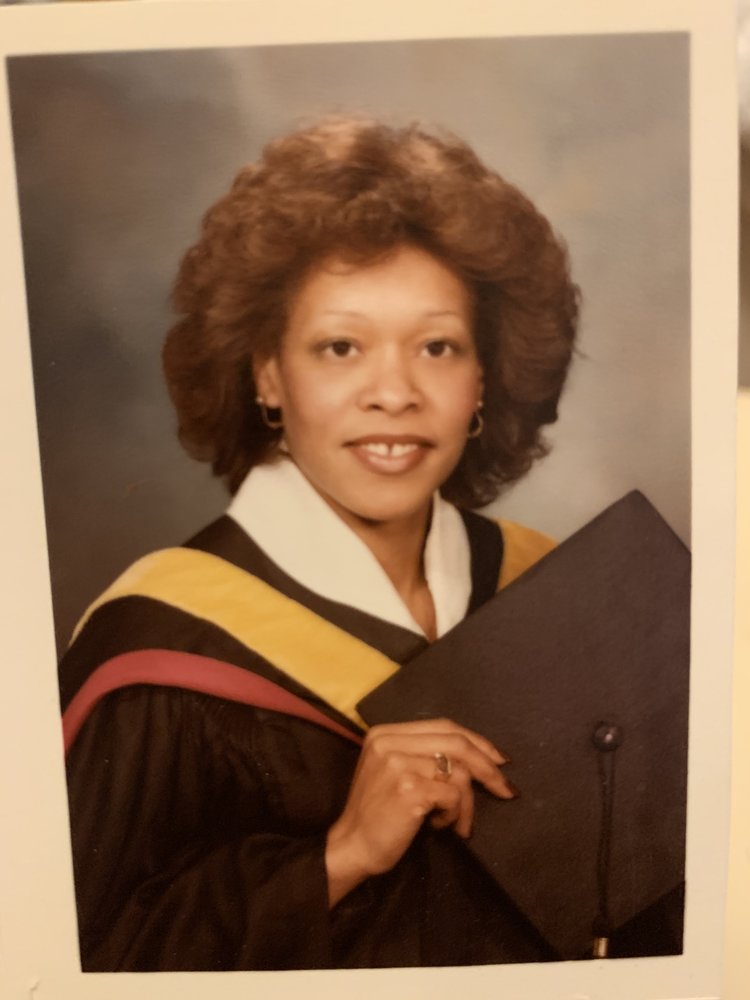 Alexsis Shipman; Mother, Grandmother, God-Mother, Sister, Aunt, Cousin and Friend was born in Orange Memorial Hospital of New Jersey on October 6, 1946.  Her beautiful parents are the late Louella Miller and Arthur Miller.  She was the fourth child amongst nine other wonderful children.  On August 9, 2020, in the comfort of her daughter’s home, Alexsis left behind her earthly body to take on a heavenly body and transitioned to be at rest before our Lord and Savior Jesus Christ.

Alexsis was raised in Orange, NJ and attended The Forest Elementary School.  In her youth she was a member of both the Brownies organization and Girl Scout Troops out of the Valley Settlement House.  Alexsis went on to graduate from Orange High School in 1964.  She began her collegiate career at Kean College in Union N.J. (Now Kean University) where she obtained her B.S. in Accounting.   She pursued her dream by becoming a C.P.A., and then went on to obtain her M.B.A. degree from Dowling College on May 2, 2004.

After her high school graduation, Alexsis began her career as a secretary at the Mutual Benefit Life Insurance, Co.  Shortly thereafter Alexsis would begin her corporate climb at the notable company Horizon Blue Cross Blue Shield of New Jersey, headquartered in Newark.  Alexsis entered the company as a secretary, and retired over 25+ years later as a Senior Manager of Finance over the Dental Department in 2013.

For several years, Alexsis was a faithful member of The Good Neighbor Baptist Church of Newark NJ.  Alexsis served as a trustee, choir member, and on various auxiliaries and boards.  It was here where she met and later married her love, the late Reginald Shipman of Maplewood NJ.  Several years later she became a member of New Life Now Church, where her daughter Dorothy is the pastor.

To send flowers to the family or plant a tree in memory of Alexsis Shipman, please visit Tribute Store
Print
Monday
17
August