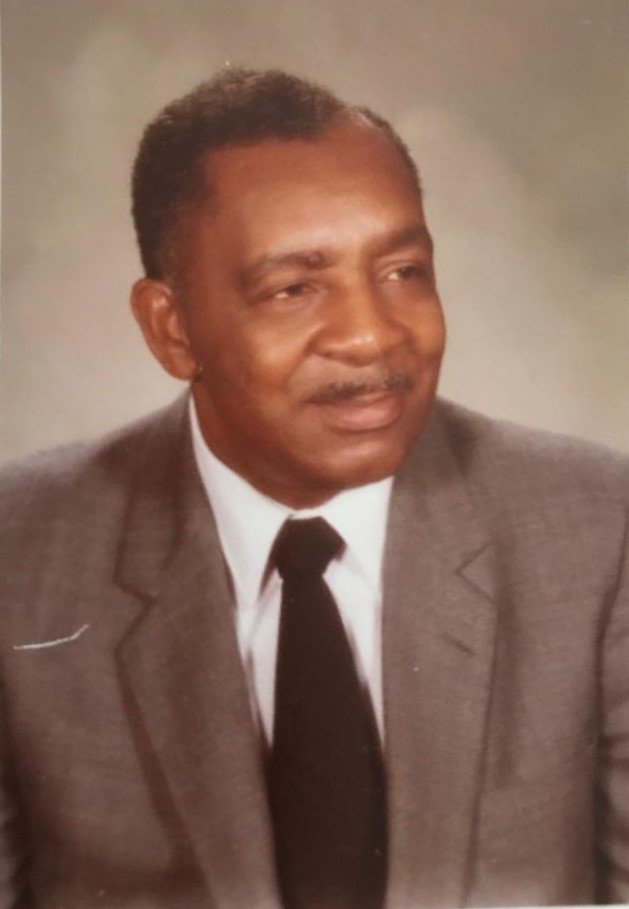 On Tuesday, August 25, 2020, the sweet spirit of Pastor John Mason Terry went to join  The Savior in that home not built with hands, but whose maker and builder is God.  Pastor Terry was born on March 11, 1927 to the late John T. Terry and Patty Johnson in Clarksville, Virginia.  He received his education in Clarksville and graduated from West End High School.

At a young age, he was baptized and united with Mt. Ararat Church in Clarksville, VA.  He was often referred to as “AMOS” (a man of service).  He was always ready to serve.  He was the Sunday School Superintendent, President of the Senior Choir, and a member of the Missionary Board.  Pastor Terry had a heart for God, mission and fellowship.  He desired that all whom he came in contact with would know God.  He preached and taught the Word of God.  He encouraged the flock to draw near to God; to honor God, and to give God your all.

In March 1974, Pastor John M. Terry was ordained and became the pastor of Miracle Missionary Baptist Church of Christ, Inc., Plainfield, NJ.  He served as pastor for 23 years and was later inspired by God to expand and moved to a larger edifice located at 225 Leland Avenue, Plainfield, NJ.  Here he served another 23 years until his heavenly Father called him home.

Pastor John M. Terry was truly a servant.  In 1981 he became President of the Garden State Missionary Baptist Convention of NJ.  He was very active in the National Baptist Convention of America, Inc. and served on the Foreign Mission Board.  He loved God, his church, his family and mankind.  He was wise, kind, gentle, and yet stern.

Pastor Terry worked at Robbins Mills in Clarksville, VA before moving to New Jersey.  He also worked at Greystone as a cook, Tenco, and retired from Tea Company in Morris Plains, NJ.  On September 22, 1947, he married Mary F. Small and to this union, four children were born:  Walter (deceased), Quintin (deceased), Theresa Terry-Williams of Harrisburg, PA; and Simeon of Dallas, TX.

To send flowers to the family or plant a tree in memory of Pastor John Terry, please visit Tribute Store
Print
Saturday
5
September