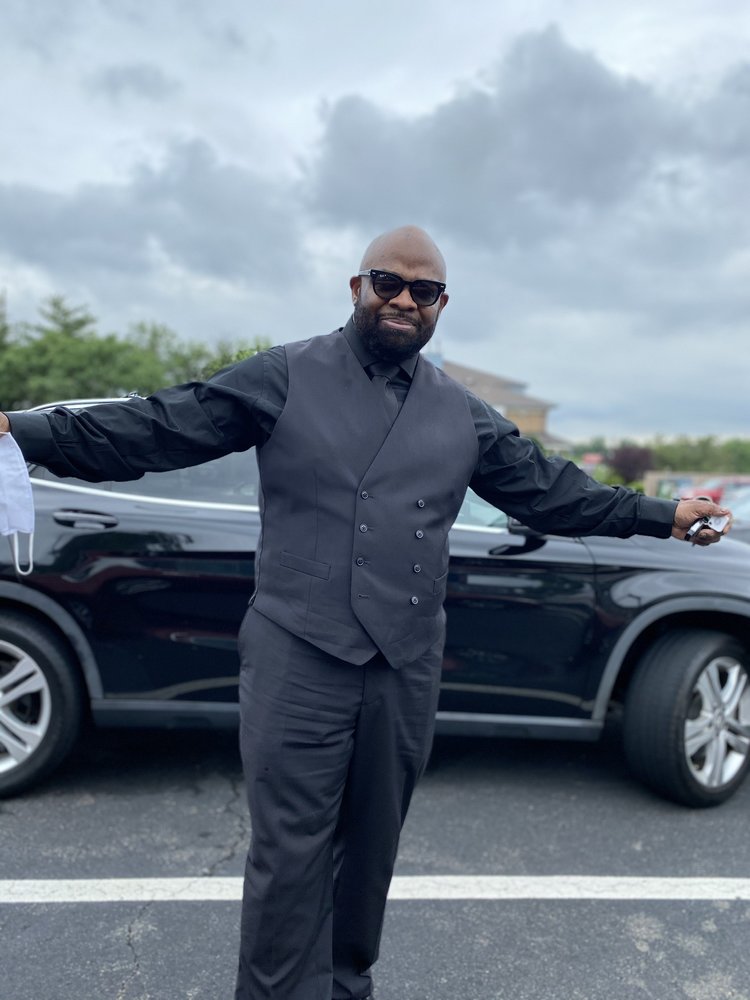 And God said, “I’ll make a son, brother, grandson, husband, father and friend. I’ll name him Brian, and he will add so much light to this world.” A ray of sunshine, and a source of laughter, no matter the situation. That’s Brian Keith Wilkins.

Born to Booker T. Wilkins and Edith Wilkins, Brian was the second born, or the baby boy. Brian attended school in Colonia, graduating in 1988 from Colonia High School where he played football. Numerous friends and faculty at Colonia High always looked forward with anticipation to the wit and comedic nature Brian so graciously shared to brighten their day.

In 1988, Brian chose Hampton University in Hampton, Virginia to continue his educational journey. Brian was a proud member of Quintessence, class of 1992. He was a campus favorite, enjoying his freshman days in the infamous James Hall. When visiting after graduation, he would always make a special trip to James Hall to reminisce and relish in the glory days spent in this dormitory. Brian enjoyed the campus activities and made his mark as a Hampton University Pirate. Brian graduated in 1992 with a Bachelor of Science in Marketing.

Brian was an avid New York Knicks and New York Giants fan. He was so proud of the Giants winning streak of 1 game this season. He never missed an opportunity to brag on his team, regardless of the record.

After a special first date to see Demolition Man in November 1993 with Sertirus L. McRae, Brian knew that he had indeed found a good thing. Brian and Sertirus were married in May of 1997. God blessed this union with Marcus in 2001 and Brianna in 2006.

Brian entered the workforce in the area of marketing. He held various positions before finding his true passion as an Insurance Benefits Consultant. Brian worked in numerous areas of the insurance industry, and most recently Cornell Insurance Services. As you can imagine, Brian never met a stranger. His work friends quickly became family. It was normal for them to check on Brian, Sertirus and the family, because Brian was reciprocating.

Brian started his Christian journey early, growing and serving in the Abyssinian Baptist Church. As an adult, Brian continued his service; serving on the Deacon Board as Secretary and singing in the Male Chorus. Brian even took a chance as a substitute drummer, but found success with the washboard. He rehearsed selections at home and Sertirus and the family provided constructive criticism that guided him to perfection.

There was never an opportunity that Brian didn’t shed light on the most dismal situations. Even as he had his own health challenges, Brian would always find an opportunity to crack a joke. Many depended on his social media posts to brighten the darkness that continues to plague our world. Brian was the light that so many needed to navigate through tough times.

Brian was preceded in death by his parents and his older brother, Dirk.

Brian will never be forgotten. His memory will forever resonate with his wife of 23 years, Sertirus; children, Marcus and Brianna; nephew, Danny; niece, Dana; God-brother Caz Minor; mother-in-law, Ms. Lela McRae; as well as a host of extended family, friends, co-workers, Hampton University Class of 1992 (Quintessence), NY Knicks and NY Giants fans everywhere. A legacy of laughter and love will remain with us until we meet him again.

To send flowers to the family or plant a tree in memory of Brian Wilkins, please visit Tribute Store
Sunday
8
November