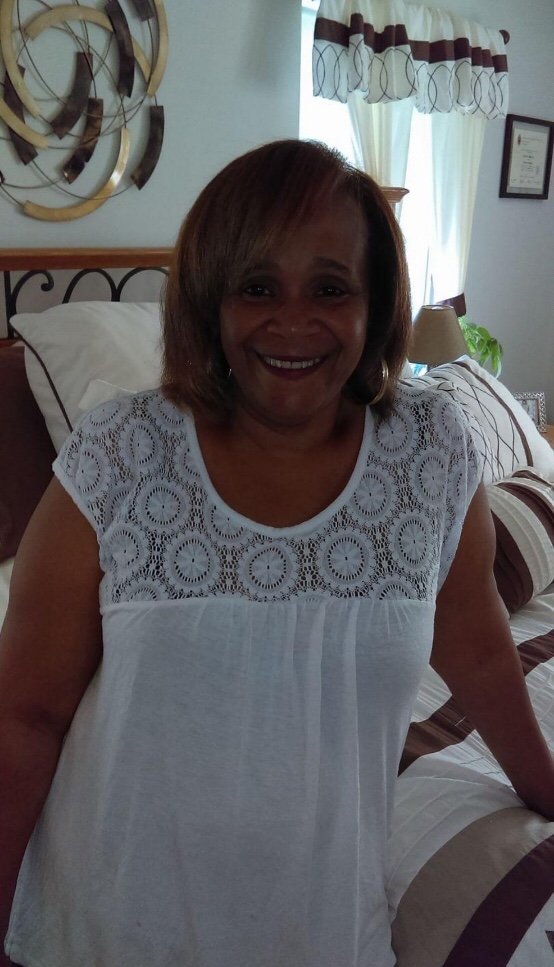 “And God shall wipe away all tears from their eyes; and there shall be no more death, neither sorrow, nor crying, neither shall there be any more pain; for the former things are passed away” Revelation 21:4.  Sometimes it’s hard to understand and hard to say goodbye, Thy will be done when sorrow comes and shadows fill our day, But faith was meant for times like these when we take God’s hand, with Loving wisdom, he will help our hearts to understand.

The first chapter in the life of Sabrina Felicia Thompson (fondly known as “Beans” “Brina” “Bri”), began with her birth to the proud parents, the late Calvin and Thelma Thompson, on September 29, 1956 in Brooklyn, NY.  Sabrina was born and baptized into a Christian family where she grew up in an atmosphere of love and devotion with her mother Thelma, and two brothers, the late Calvin J. Thompson Jr. and Dwayne Thompson (Danny).  On Saturday, October 31, 2020, God decided to take back what belonged to him and closed her eyes in eternal slumber as she went to rest after a well-spent life.

Sabrina attended the NYC Catholic and Public school systems first, at Clara Barton HS for health professionals but later graduating from Tilden HS.  She would go on to attend NY Technical College where she completed two years of schooling graduating with her Associates Degree.

In 1975, she married her childhood sweetheart in Kentucky, the late Jackie M. Ballard Sr. (“Mousey”) and from this union they were blessed with 2 very loving sons, Jackie Jr. and Jason Edward (named after her late grandfather and hero).   Sabrina worked for the NYC public school system and put a strong emphasis on education with her two boys.  She later obtained a job as a Supervisor with JFK airport in Queens, NY.  It was here that she befriended Dorothy Gnad, who later introduced her to her brother, John Thomas Stanton.  The chemistry between the two was electric from the start and the pair was inseparable.  They fell in love and later were blessed with three children, Ebony, Shanice and John Jr. (Thomas).

Sabrina was always known as the life of the party.  A fun loving, kindred soul that always made everyone feel welcomed and appreciated.  Though her life was not easy and posed many challenges, Sabrina would always make the move that was best for her five children no matter how difficult the decision.  People were easily drawn to her loving and welcoming personality.  She was “Moms” to many of her children’s closest friends.  She passionately enjoyed music, dancing and movies and spending quality time with her family and close friends.

Forever missed and never to be replaced

To send flowers to the family or plant a tree in memory of Sabrina Thompson, please visit Tribute Store
Print
Friday
13
November