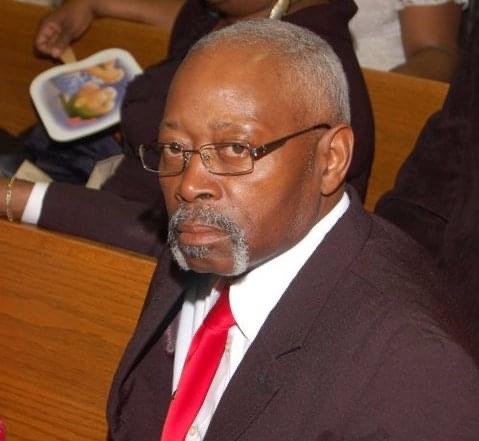 George Thomas Moore was born on January 13, 1947 in Oconeechee, North Carolina to the late Raymond and the late Ethel Mae Simmons-Moore, later moving to Seaboard, North Carolina.  He received his education from the Northampton County Public School System.

In 1965 at the age of 18, he travelled to Newark, New Jersey to visit a family member and from that visit, Newark became his home.  Immediately after arriving he began working for Campbell Foundry Co. in Harrison, New Jersey. He was a dedicated worker who loved his job and was instrumental in the day to day operations.  He worked there for over 55 years, receiving many accolades and awards for his outstanding work and longtime commitment to the company.

George met his first wife Shirley Edwards in 1968 and they were married on February 5, 1972, they remained close until her death in 2000.  In 2008 he met his second wife (his second wind), Donna Davis, their love was like no other.  Their relationship brought the best qualities of both of them to the surface and they solidified the bond when they were married on July 20, 2018.  The marriage strengthened the bond and increased the love between the two of them.

In 1990 George joined Abyssinian Baptist Church, located in Newark, NJ and gave his life to the Lord.  He loved the Lord and was faithful to his church for over 30 years.  He served under the leadership of the former Pastor, Rev. Perry Simmons and continued to serve under Rev. Barry Miller in various capacities of the church: Usher Board, Men’s Department, Men’s Choir. He was a faithful attendee of the early morning and mid-day Worship Services, Sunday School, Afternoon and travelling services.  He loved the members of the church; they were an extension of his natural family.

To know him, was to love him.  He was extremely kind to everyone he encountered. Being the oldest of 16 siblings, he was a born leader and an extremely devoted family member and friend. He would show up and support, even when you didn’t expect him.  The love that he had for his children and siblings was beyond measure.  He would frequently hit “95” at the spur of the moment, to visit, support or just check in on his family.  He also loved helping people in any way possible.  To say that he loved cars (fixing or buying them) and traveling would be an understatement.   He would buy cars, fix them up and could talk about the ins and out of them all day and night.  He was one of the coolest people you would ever meet, he loved a good meal, great company and more than anything he loved family gatherings. When in his presence, you were guaranteed to leave with a smile after hearing one of his jokes, receiving a word of encouragement or nuggets of wisdom.

On Friday, December 18, 2020 George, the patriarch of his family, completed his earthly journey and entered into eternal rest.

He was predeceased by his parents: Raymond and Ethel Moore; his children: Towanda Hankerson, Rajohn Moore, Jessica Moore and Andrew Moore; his brothers: Glenn Moore, Eddie Jones and Leander Moore; and his sisters: Ruth Moore-Branch, Levoria Moore and Linda Moore.

George was loved dearly by his family and friends, he was unlike any other and will be truly missed by each of us.

To send flowers to the family or plant a tree in memory of George Moore, please visit Tribute Store
Print
Saturday
26
December