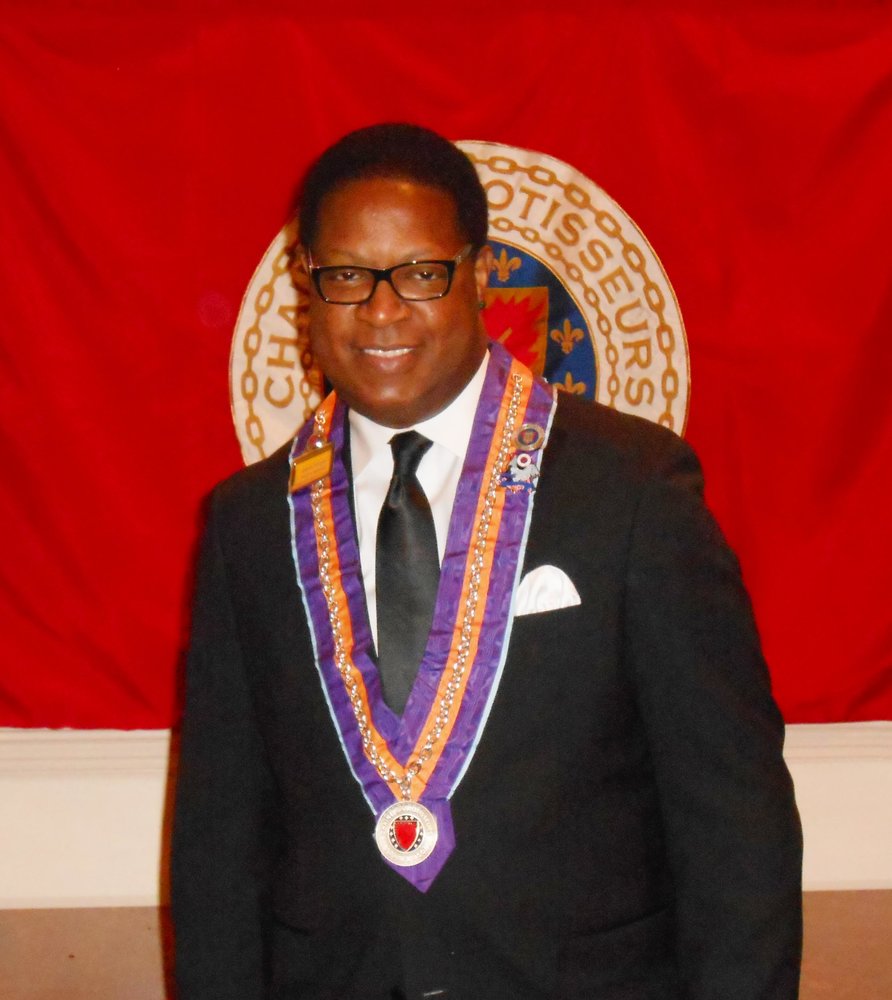 Glenn Brian Pringle was born on July 24, 1964 in New Brunswick, New Jersey.  He was the youngest boy of the family’s 12 children.

Glenn was educated in the New Brunswick Public School system until his high school years when he began attending the Middlesex County Vocational and Technical Institute.  This is where he gained his love for the Culinary and Restaurant Management.  Glenn attended Middlesex County Community College, NJ before beginning a career that took him to various locations around the country and the world.  Early on in his career, he began working as a Matre’ D with the Hilton Hotel Industry in Somerset, NJ.  Over the years, he soared to the level of Hotel/Restaurant Manager and Food and Beverage Director for various large chain hotels.  Glenn traveled the world with his love for the industry and was most recently Director of Banquets for Foxwood Resorts in Mashantucket, Connecticut.

In September, 2014 he was inducted into Chaîne Des Rôtisseurs, an international gastronomic society founded in Paris in 1950.  Glenn was a perfect fit, he shared in the spirit of the Society and he appreciated and enjoyed wine and fine dining.  Glenn was a huge Wine Enthusiast and was featured on several Podcasts.  He loved wine and took pride in learning as much as he could about it and teaching it to others.

Glenn also loved his family, and had an amazing relationship with his “Daddy’s Girl” daughter, Tendia.  She came into his life when he was a young man and changed the way he looked at the world.  She was the light of his life and he made sure that she and everyone else knew that.  In September, 2013 he married his true best friend and love of his life, Dawn.  Glenn and Dawn loved hosting family and friends and anyone who has ever attended a function at their home always left with a full belly and a feeling that they had attended one of the best functions of their lives.  Glenn and Dawn travelled together to many places, he simply loved to travel and found a travel partner in Dawn.  They travelled to the Carribbean, Canada, Europe and various locations in the United States.  Glenn was also a collector of fine watches, he loved his time-pieces and always had something amazing on his arm.   He was actually a collector of many things – with watches, wines and cigars being among his top collections.   Glenn was a member of Belvedere Cigar Lounge in Lawnside, NJ, where he continued to cultivate his love of cigars, wine and foremost, brotherhood.  He formed many special friendships throughout his lifetime and held his friends very dear to his heart.

To send flowers to the family or plant a tree in memory of Glenn Pringle, please visit Tribute Store
Print
Wednesday
23
December