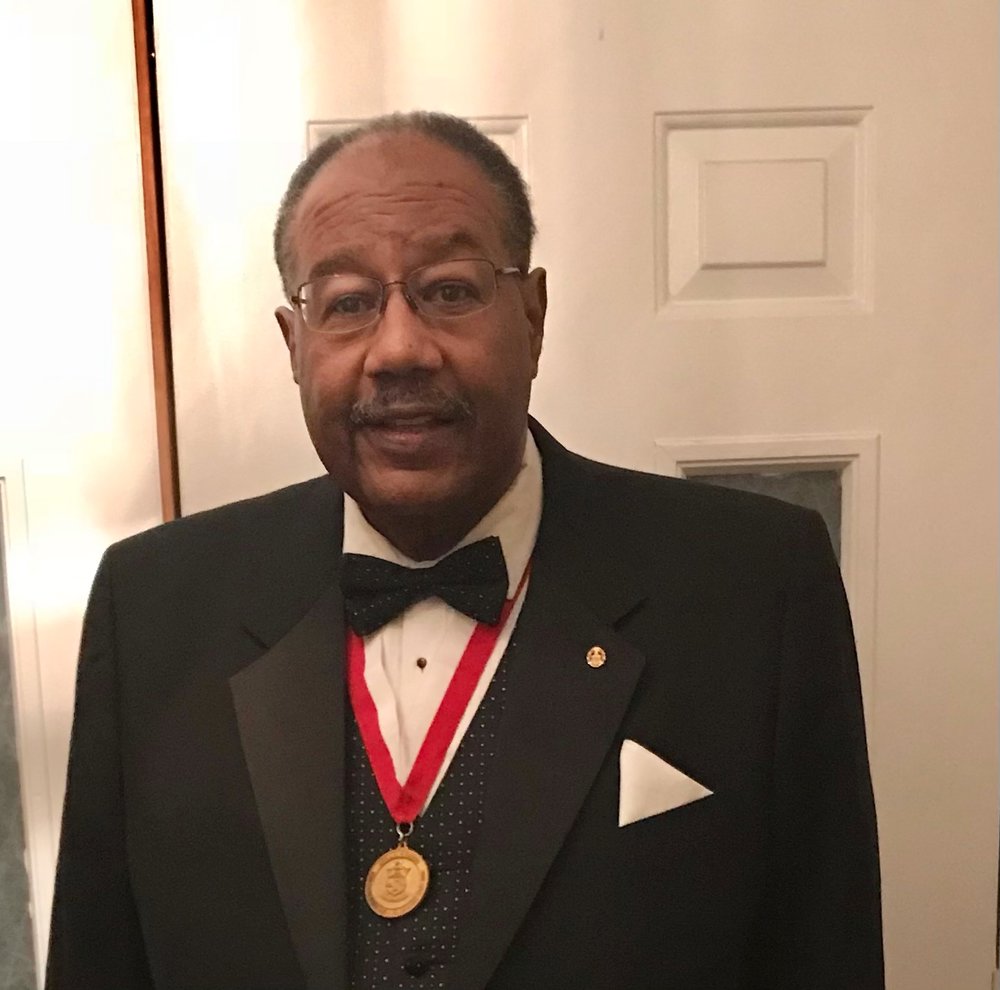 Marshall Bruce Simmons was born March 11, 1949 in Jersey City, NJ to the late Symon Marshall and Margaret Louise Simmons (Jackson). Marshall was called home on December 28, 2020 after a long illness.
Marshall was raised in Jersey City, NJ where he attended P.S. 15 and Snyder High School before moving to Annapolis, MD where he graduated from Annapolis High School. He then attended Morgan State University in Baltimore, MD where he was a part of ROTC and pledged Alpha Iota Chapter of Kappa Alpha Psi Fraternity, Inc. in 1971. While in college he met the love of his life, Mary Cox to whom he married in August 1974. After graduation Marshall went on to serve in the United States Army (2nd Lieutenant) and later worked for several industry leaders, including, Xerox, 3M, Dean Witter, and FNIC before going into business for himself as a Financial Advisor where he serviced the needs of his clients until his death. Marshall was a life member of Kappa Alpha Psi Fraternity, Inc. and was actively involved and held many leadership roles within New Brunswick Alumni Chapter and the Northeastern Providence. For his hard work and commitment, he was recognized with the Northeastern Province's highest fraternal award, the James M. Kidd Award in 2003. Marshall enjoyed the brotherhood of the fraternity, his fraternity brothers were family to him.
Marshall gained a reputation for being an honest and wise advisor in many areas of life. Those that knew Marshall loved his jovial sense of humor and genuine caring attitude toward everyone he met.
Marshall is survived by his loving wife, Mary (Cookie) who took especially good care of Marshall through the duration of his illness and recovery; brother Curtis B. Simmons (Janice) of Elkridge, MD; son Andre’ J. Simmons (Jessica) of Portland, OR; Son Marques P.

To send flowers to the family or plant a tree in memory of Marshall Simmons, please visit Tribute Store
Print
Tuesday
5
January