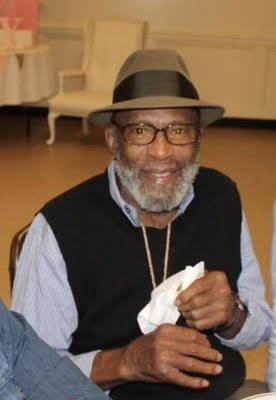 Robert Lee Clowers, affectionately known as “Uncle Daddy and “Mr. C'' entered this world on December 20, 1932. He entered the realm of our ancestors in eternal rest surrounded by his family on Wednesday January 13, 2021.

Robert was born to the late Thomas Clowers, Sr. and Grace Clowers Christian in Macon Georgia. Attending elementary school in Chattanooga TN, the family relocated to Newark, NJ in 1948 where he then completed his secondary education at Southside High School.

In 1954 he enlisted in the United States Army during the Korean Conflict and served as a Medical Aidman Ambulance Driver and was Honorably Discharged in 1956. Upon his return to civilian life, he decided to make driving his career and drove for Owens Illinois Trucking Company.

Robert Lee Clowers met and married the love of his life, Irma Corrine McNeil in March 1956. They then moved their family from Newark, NJ and purchased a home in Westfield, NJ in 1965 where he lived and transitioned to heaven. Robert was predeceased by Irma Clowers in 1993.

Robert was a faithful member of St. Luke’s A. M. E. Zion Church in Westfield, actively serving for 32 years. One could always find him there any day of the week doing whatever he could for God’s House, Robert was also a Mason and A member of the Trojan Lodge No. 61 AF & AM of Westfield, NJ. He enjoyed fishing, traveling, playing cards, and was actively involved with many social clubs. Because he had such a big heart, he was always willing to help out neighbors and friends. At the same time he was resourceful at making sure his family had a comfortable living.

MAY HE REST IN POWER.

To send flowers to the family or plant a tree in memory of Robert Clowers, please visit Tribute Store
Print
Saturday
30
January