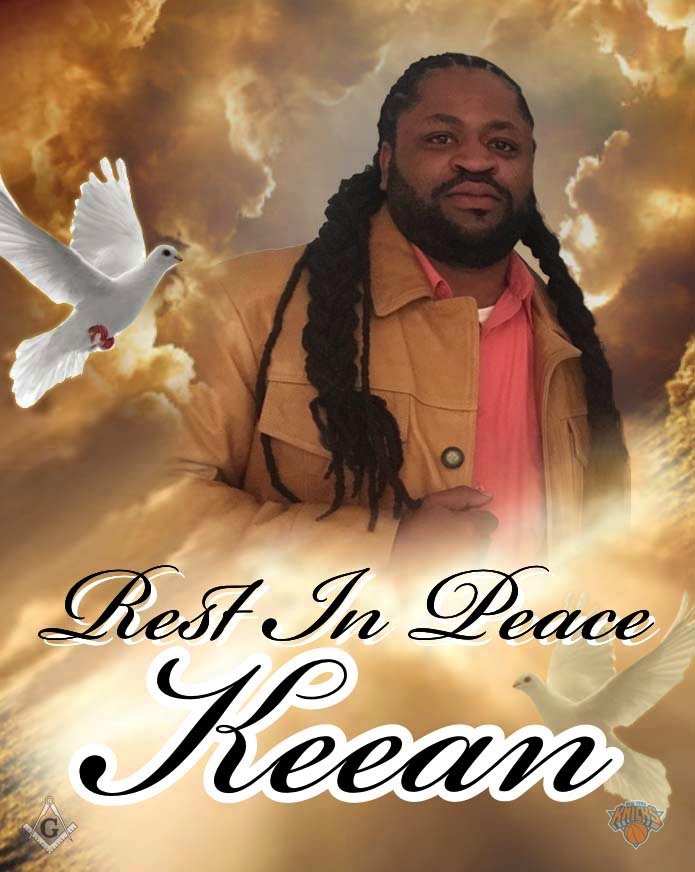 Keean Muhammad “Kee” Williams was born May 30, 1983 in Newark, NJ  to Sonja Williams and Robert Sample.

Keean was raised in Newark, N.J attended St. Columbus where he graduated from the eighth grade. As a child Keean modeled, he participated in numerous pageants. He proudly represented the State of New Jersey as Mr. Talented Tot in 1988. Keean attended St. Benedict’s Preparatory School where his leadership qualities began to flourish. He was well known on campus for always planning and organizing events. Keean made a name for himself as an athlete wrestling, and as a shot putter. He always displayed his Gray Bee pride. Upon graduating from High School in 2001, Keean attended the University of Delaware on a scholarship from Maryland National Bank Association (MBNA) where he was a student intern for several years. He was truly a young man on a mission! Keean went from Newark, New Jersey to Newark, Delaware. He was Newark through and through! While at the University of Delaware, Keean made good friends and began some lifelong relationships. He graduated with a degree in Urban Studies in May 2006.

Upon completion of college Keean decided to plant roots in Delaware. He worked for US Airways, then began his career at the State of Delaware Family Court. Kee was a hard worker but also had a love for the social scene, so he took a part time job at Kegler’s Pub & Sports Bar where he was a DJ and bartender. Keean had a deep love for all music, but house music was his favorite. He taught himself to DJ and became so good that people wanted to hire him, so he began taking gigs on the road and was known as “Brick City DJ TRUSKILLZ”. Another one of his many talents included being an exceptional bartender. So as you can see he was a masterful mixologist of music and cocktails.

Kee was kind, fun loving, and a sincere person who loved his family. He had a heart of gold and that million dollar smile always lit up any room he entered. Keean joined the Star in the East Lodge #1 & Suakim Temple #60 AEAONMS PHA State and Jurisdiction of Delaware. Keean was a tech guru who could figure out how to fix anything. He loved to solve technical challenges and was always willing to assist the technically challenged. Kee was an avid Knicks fan who also had a special place in his heart for Peanuts Charlie Brown. He loved to travel especially to the Caribbean and his favorite place Atlanta, Georgia.

In 2017 Keean relocated back to his hometown of Newark, New Jersey. He became employed by the Newark Youth One Stop Career Center, where he served the youth residents of Newark. He then embarked on a new opportunity to explore his love of technology when he took a position with Audible, an Amazon owned company in 2018 until present.

Keean Kee Williams was a spiritual man. He was baptized at Cathedral of Faith in 1992. He adored observing the nature and goodness of life. Keean Muhammad Kee Williams departed his earthly life on February 2, 2021. His time with us seemed way too short and he will forever be missed.

To send flowers to the family or plant a tree in memory of Keean Williams, please visit Tribute Store
Print
Friday
19
February