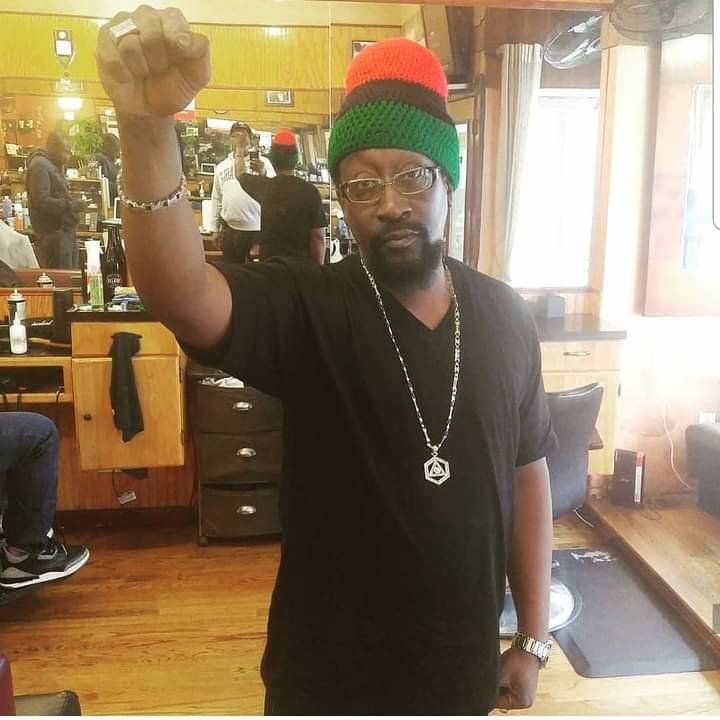 LaVel Mandrake Thomas, affectionately called “L”, was born on October 27, 1969 in Newark, New Jersey the only child born to Gloria Dean Thomas, and son to Osteen Johnson. LaVel answered the call of the Lord on Friday, February 12, 2021 at the Genesis Health Care in Westfield, New Jersey, after a lengthy illness.

LaVel attended Caldwell University and became a member of Kappa Chi Phi Fraternity. One of the many things that family and friends will always remember about LaVel is the many hours he’d spend playing electric football in the basement of his home. He’d paint the little football figures to replicate current team uniforms and, at the appropriate time, would have the Super Bowl. These were fun times because family and friends knew that good food would be supplied by his mother and grandmother.

LaVel started cutting hair for this friends and neighbors and got so good at it, that he had many customers. Everyone wanted LaVel to cut their hair, and ultimately, he became the neighborhood barber. He also gave back to the community by giving free hair cuts to many of the students at Alexander Street School, and later received the Community Support Award. LaVel worked at several barber shops over the years with the last one being “Lucky Seven” in South Orange, New Jersey.

To know LaVel was to love him. He had so many friends that you couldn’t go anywhere in the metropolitan area without someone knowing him. He loved reading everything and he wasn’t shy about educating you on things you may not know. He loved all types of music and could tell you titles, artists and the year particular songs were recorded. LaVel’s favorite saying was “One Love”.

In the end, LaVel was no longer able to communicate well. His way of letting you know that he understood you, was often to give you a thumbs up. Today, we offer a thumbs up in knowing that God’s got him now.

To send flowers to the family or plant a tree in memory of LaVel Thomas, please visit Tribute Store
Print
Saturday
20
February