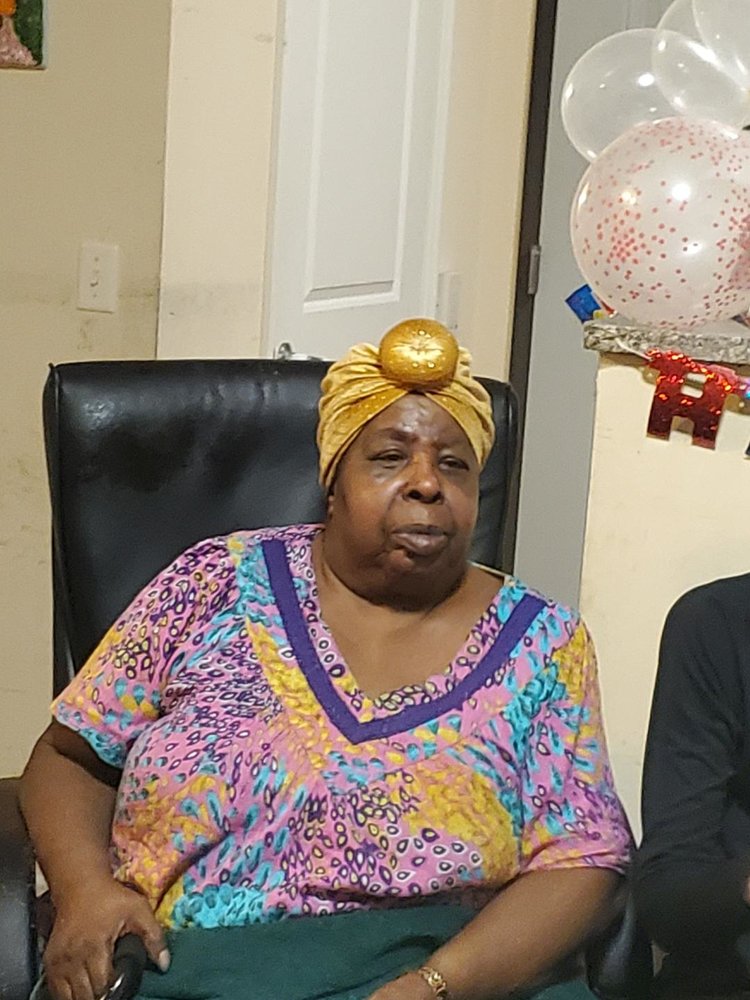 Beatrice “Phoebe” Brown was full of life with a BIG personality.  To know her was to LOVE her.   Beatrice was a God fearing, Christian woman, baptized as a young girl by Elder Smith at Saint Paul’s Church of God In Christ in Newark, New Jersey.

Beatrice was born in Newark, New Jersey on January 9th, 1939 to the late John and Florence Marshall.  Beatrice was one of nine siblings and certainly made her mark in the family. Beatrice is survived by three of her nine siblings, Clarence Marshall, William Marshall and Betty Heard; two sisters-in-law, Jeannie Marshall and Carol Marshall; and one brother-in-law, Rea Heard.  Her deceased siblings are Richard, Thomas, Paul and Bernard Marshall.  She is also survived by a host of nieces, nephews, cousins and dear friends.  Her best friend/sister, Carrol Simmons was her right hand woman.  These two were magic together, making memories to last a lifetime.

Beatrice attended Robert Treat Junior High and Central High School in Newark, New Jersey where she completed her High School Diploma.  She began her career at Prudential Insurance Company in Newark, New Jersey.  She later transferred to Prudential Insurance in Iselin, New Jersey to accept the promotion to Supervisor, overseeing the Policy Transfer Unit until she retired.  However, she returned to the corporate world and accepted a position with the United States Military Services in Bayonne, New Jersey where she remained until she retired for the second time. Beatrice also spent several years residing in California where she embarked on experiencing “life” on the West Coast.

Beatrice was known by many as “Aunt Phoebe” or “Bea”.  Her nieces and nephews held a special place in her heart and she would do anything for them including sneaking them candy (gummy bears) when they should not have been eating any candy.

Beatrice had a kind heart and loved to GIVE to her loved ones.  Christmas and birthdays were her favorite occasions.  She was the one person in the family that remembered everyone’s birthday and you better not forget hers either!  You could always count on a phone call from her for your birthday, sending you love and well wishes.

Beatrice loved her crossword puzzles and solitaire, both of which she mastered with her witty mind.  She was also a Kung Fu and Tyler Perry Movie fanatic.  We all know she loved her Kung Fu movies and loved them even more if Bruce Lee was starring in them, as she had the same feisty spirit!

Later in life Beatrice became a member of First Baptist Church of Lincoln Gardens in Somerset, New Jersey were she attended with her devoted and loyal sister, “Betty Ann”.  When Beatrice was unable to get out the house to attend service in person, it was important for her to keep up with service through home visits from Deacons and Deaconess from the church to give her the word and some encouragement.

Special THANKS to her friend Sara and family for enriching her life with your care and support.  Also, thank you to Yvette Taylor for your support over the years.  God bless you all for brightening up her days during her latter years.

“Phoebe” will be remembered and cherished by all whom she touched during her eighty-two years on this earth.  Her unconditional love will remain in our hearts eternally.

Submitted With Love, The Family

To send flowers to the family or plant a tree in memory of Phoebe Brown, please visit Tribute Store
Print
Friday
12
March