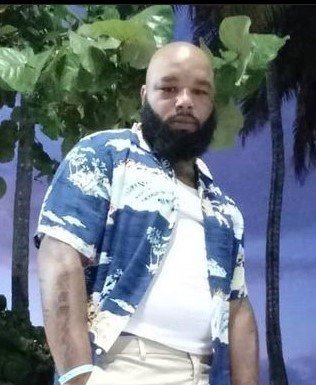 Please share a memory of Tyrone to include in a keepsake book for family and friends.
View Tribute Book

TYRONE SAMAD BANKS, was born on June 1, 1989 in Elizabeth, New Jersey to Henry and Andrea Banks.  He departed this life unexpectedly on April 30, 2021.

Tyrone was educated through the Roselle public school system in Roselle, New Jersey.

He was employed as a Landscaper and was loved and respected by all those who worked him.

Tyrone met the love of his life, Angelica Edwards in 2009 and through that union they have three children, Tatiana, Tyan and Tamir.

Tyrone was a strong, caring, amazing husband, father, son and brother.  He was silly and would keep you laughing with all his antics.  He was especially protective of all the females in his family but the two that held a special place in his heart were his nieces, Saniyah and Alaya.

Tyrone enjoyed being with family and friends watching football and betting on the games.  He loved taking his children out and just spending time with them.

To send flowers to the family or plant a tree in memory of Tyrone Banks, please visit Tribute Store
Print
Wednesday
12
May