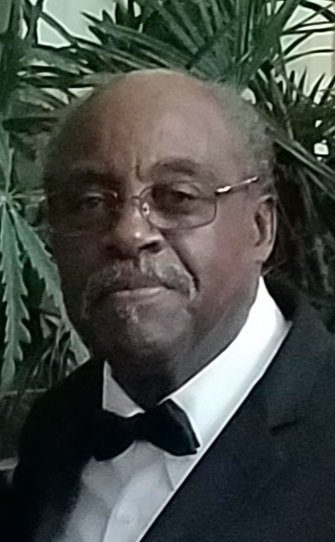 Robert Watson age 77, entered into eternal rest on June 11, 2021, at the JFK Memorial Hospital in Edison, New Jersey.   He was born to the late Wesley and Estelle Watson of Red Oak Virginia.  He moved to Plainfield NJ in 1975; met and married Beverly J. Watson, May 25, 1985.

Robert (fondly known as Dad, Bob, Bobby, Mutt) joined Salem Baptist church (Red Oak, Virginia) at an early age and received his formal education in the Charlotte County school system in Virginia.   He had a technical mind and was a self -taught auto mechanic, as he loved working on cars.  He had many jobs over his lifespan starting in Borden, Virginia building modular homes.    Upon moving to New Jersey, he worked at LPS making wallpaper in Bound brook, New Jersey, while also working part-time cleaning office buildings.  Later offered a contract at Chanel in Piscataway, Robert became a self-made businessman and began his journey of entrepreneurship by starting a janitorial business with his brother, Isaac Watson- Watson & Watson Janitorial.  Over the years, Robert employed several people including family and friends.   Watson & Watson Janitorial was eventually dissolved but that did not stop Robert because the entrepreneurial bug had bit him, leading him to start, own, and operate a scrapping business.  By 2019, he had developed business relationships with hundreds of accounts ranging from apartment complexes, small businesses to individual residents across Union County.    While a successful businessman, Robert’s great joy was being a vendor at the Englishtown flea market (Englishtown, NJ) and the Arbor Fire House (Piscataway, NJ) where he spent summer Saturdays and Sundays selling his treasures.  Most of all, he loved shooting the breeze with his fellow vendors and his loyal buyers.

Robert was a kind and gentle spirit, man of little words but a man with a big heart!   He spread love wherever he went- whether it was helping a neighborhood child or a stranger.   He helped anyone in need.  He was passionate about driving his classic car and in his down time, which was far and few  in between, he loved watching Westerns.  Robert was always available when any of his family or friends needed him, whatever the need -to fix a car, to give a lift, or to simply lend a listening ear!  He was a quiet storm coming in gently but leaving a trail of love behind.  He was a friend to many because he showed himself to be friendly!

Robert was preceded in death by his wife, Beverly Joan Watson, his brother, Isaac Watson and his son, Anthony Cordell Watson.

To send flowers to the family or plant a tree in memory of Robert Watson, please visit Tribute Store
Print
Thursday
24
June