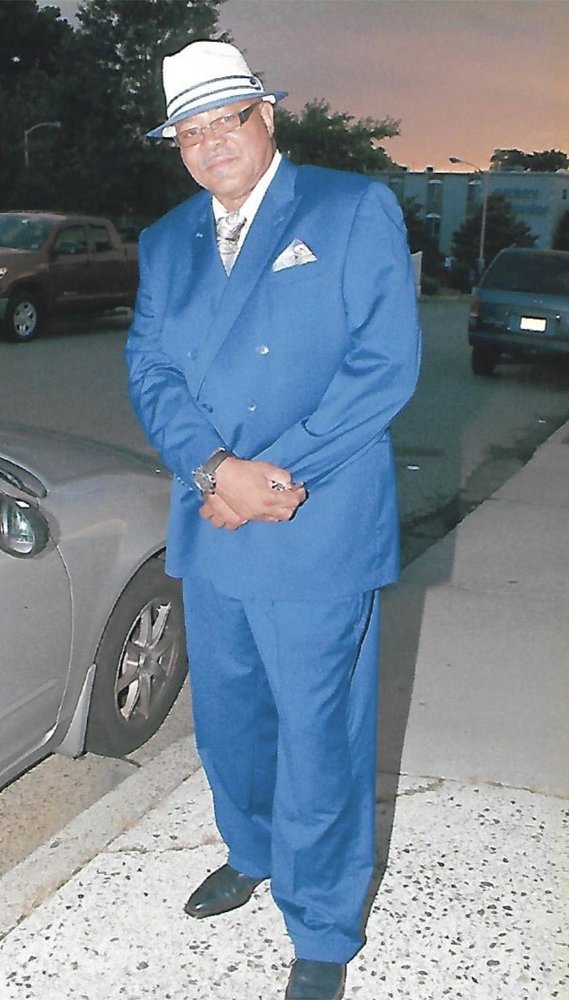 Please share a memory of James to include in a keepsake book for family and friends.
View Tribute Book

James “Butch” McLean, Jr., early on dreamed of being a famous basketball player and being tall at 6’3” was a natural on the basketball court and attended college to play, but due to a serious knee injury and subsequent knee surgeries he left college and joined the Navy in 1976 where he was awarded the Humanitarian Service Medal serving aboard the USS Lynde McCormick. Navy Corpsman McLean took pride in serving his country and credited his father for making him join to keep him from being depressed over having to give up the dream of basketball.

Upon returning from service, he joined the Department of Corrections where he worked until his retirement in September of 2014.

He was a proud member of the American Legion Perth Amboy Branch 45 and Loyal Order of the Moose where he bartended.

It was in his retirement that he relished his life, he often dressed to impressed. An avid cruiser it was his goal in life to visit every Caribbean Island and swim in its beautiful turquoise waters. He was an excellent swimmer and diver and looked forward to teaching his grandson to swim. James  vowed to make sure his grandchildren knew the “Cruisers Life”. He often stated that he would visit the same beaches that he had visited while serving in the Navy. James a man of faith was fiercely protective of family to a fault. Withstanding the trials and tribulation during his 64 years he had finally settled down into a life of love and happiness.

James joins his mother, father, and son Jarrett in heaven. James leaves to cherish his memories: His Fiancé, Jonah Maria Ridley, his grandson Roger Brathwaite, and granddaughter Jiavanna Richardson, along with a host of loving family and friends.

Weeping May Endure for A Night, But Joy Comes in The Morning.

To send flowers to the family or plant a tree in memory of James McLean Jr., please visit Tribute Store
Monday
16
August