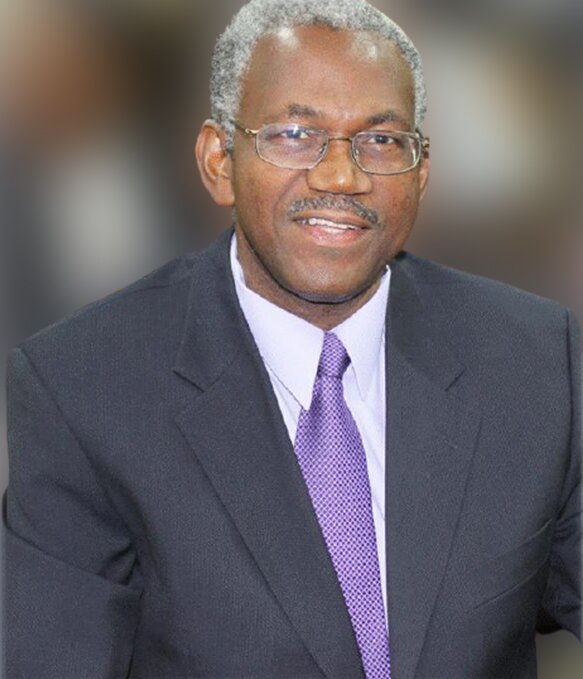 Please share a memory of Carlton to include in a keepsake book for family and friends.
View Tribute Book

Carlton Ogilvie Kennedy was born on June 8, 1952 in Kingston Jamaica, West Indies. He peacefully fell asleep in death on August 10, 2021, at home with his cherished wife, Carol, loving daughter, Lauren, niece Mellony, and nephew Damion. Carlton was 69 years of age.

Carlton migrated from Jamaica to New York in 1969. He was baptized as one of Jehovah’s Witnesses in 1971, at the Queens Assembly Hall. He attended the Central Harlem congregation in New York. In 1977, he met and married his bride of 44 years. He was a “spiritual gentleman”, as his wife described him. One of Carlton’s greatest joys, after seven years of marriage, was the birth of his daughter and only child, Lauren. He was a devoted husband and father. He was well known for his firm handshake, earthquake laugh, and unending generosity. His bright smile and warm greetings will be remembered.

Carlton’s favorite scripture was Psalms 133:1, which says “Look! How good and how pleasant it is for brothers to dwell together in unity!” Carlton especially appreciated his privilege of serving as an elder for over 35 years. Over the years, he enjoyed assignments as the Congregation School Overseer, Book Study Conductor, Field Service Group Overseer, and Assistant to the Coat Room Overseer at the Jersey City Assembly Hall. For eleven consecutive years, Carlton traveled throughout the country to preach in seldom-worked and unassigned territories. He got his first taste of an International Convention in Germany, in 2006. From then on, Carlton was hooked. In subsequent years, he attended international conventions in South Africa, Louisiana, and New York. He enjoyed over 50 years of faithful service to Jehovah.

Carlton was a loving, spiritual family head. In carrying out his own spiritual assignments, he set a fine example for his wife and daughter. He supported his family in whatever spiritual assignments they accepted; from pioneering to serving in a foreign language congregation. Carlton was self-employed and maintained an industrious work ethic to provide for his family’s financial needs. For over twenty years, Carlton cleaned kitchen hoods and hauled restaurant grease. Carlton became a self-taught mechanic. He could take a car apart, put it back together and drive it where he needed to go. He also did not hesitate to share his resources and talents with his brothers and sisters.

Carlton was deeply loved by his family and friends. Whether you needed a listening ear, an oil change, or a home away from home, you could count on him to do all he could to accommodate your needs. By his actions, Carlton showed that he loved his God, Jehovah, first; he loved his family; and he loved his spiritual brothers. He will be greatly missed by all who knew him. He was loveable, friendly, generous, and hospitable, a friend to all.

To plant a beautiful memorial tree in memory of Carlton Kennedy, please visit our Tree Store

A Memorial Tree was planted for Carlton
We are deeply sorry for your loss ~ the staff at Plinton Curry Funeral Homes Somerset
Join in honoring their life - plant a memorial tree
Services for Carlton Kennedy
There are no events scheduled. You can still show your support by planting a tree in memory of Carlton Kennedy.
Plant a tree in memory of Carlton
Print
Online Memory & Photo Sharing Event
Online Event
About this Event

Look inside to read what others have shared
Family and friends are coming together online to create a special keepsake. Every memory left on the online obituary will be automatically included in this book.
View Tribute Book
Share A Memory
Plant a Tree