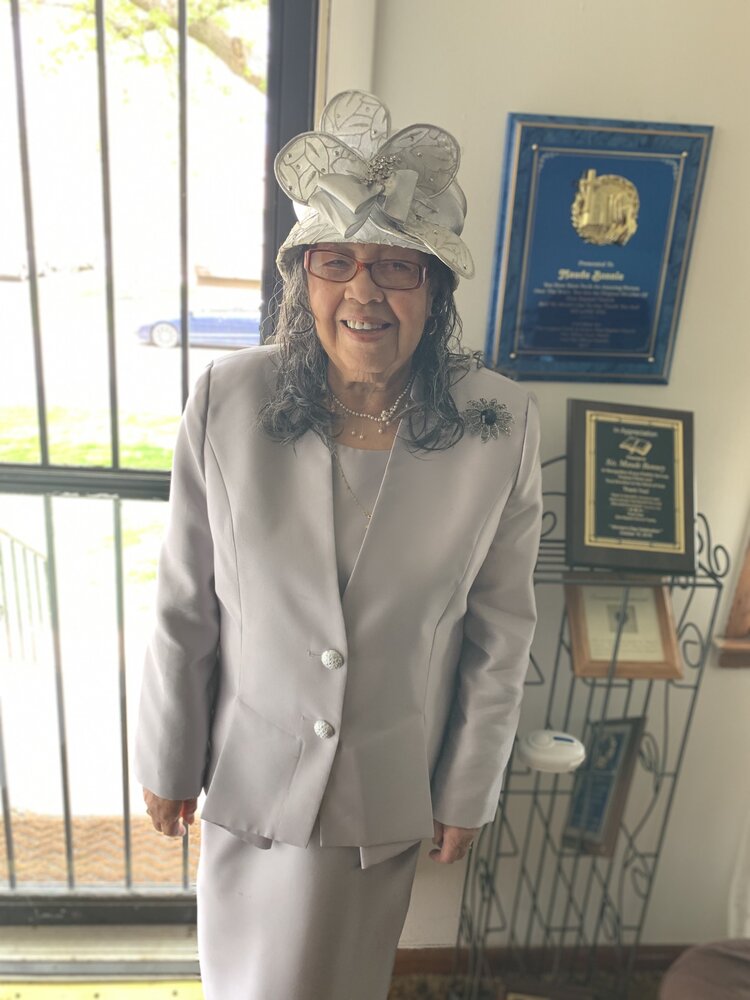 Please share a memory of Maude to include in a keepsake book for family and friends.
View Tribute Book

Maude Lee Baynes Malone Bonney was born to the late Jiles Thomas Baynes and Lottie Chambers Baynes April 29th, 1932 in Caswell County, North Carolina. She was the youngest of six children. Her mother passed when she was the age of 5 ½ . Thereafter, her father and eldest sister Nellie became her parents. She attended public school and graduated from high school class of 1950 as an honor student.

She became a Christian at an early age, was baptized and became a member of Sweet Gum Grove Baptist Church in NC, where she attended regularly. Maude joined the Zion Baptist Church in NJ, in 1954 under the leadership of Rev. M.Q Buckman, where she was always active in church activities. She served as the church announcer and secretary for over 35 years.

Two years after graduation she was married to the late Ernest Malone and together they relocated to New Jersey. This is where they began their family which consisted of three children  Ernest Michael, Vickie Carol, and Harold Malone. She cared and nurtured for her family in Iselin, NJ for over 50 years.

In 1984, her husband Ernest was called suddenly to be with the Lord after 32 years of marriage. However, Maude kept pressing her way and trusting in the Lord. In 1988, she was married to Rev. Charles Bonney who proceeded her in death in 1996. During her marriage to Rev. Charles Bonney who then was pastoring Memorial Baptist Church, she moved her membership to work with her husband.

Her main purpose in life was “If I Can Help Somebody as I Pass along the way, then my living would not in Vain.” Maude was the kind of person whom could talk with anyone. She loved people, traveling to the beach, making meals, to have people stop by the house, and to just make people happy. One of her wishes was to become a nurse. Even though she didn’t obtain that dream, she helped many people that she came across, including her dear friend Ollie when she was in the nursing home. She was always a caring and loving person.

She made her transition to rest safely in “His” arms on August 17th, 2021. Her family and loved ones will miss her, however find peace knowing she is reunited with so many loved ones who were missing her smile.

She was preceded in death by her husbands Deacon Ernest Malone and Rev. Charles Bonney. As well as her siblings Nellie Bigelow, Ervin Baynes, Charlie Baynes, James Waddell Baynes, and Milther Sellars.

To send flowers to the family or plant a tree in memory of Maude Malone-Bonney, please visit Tribute Store
Print
Saturday
28
August