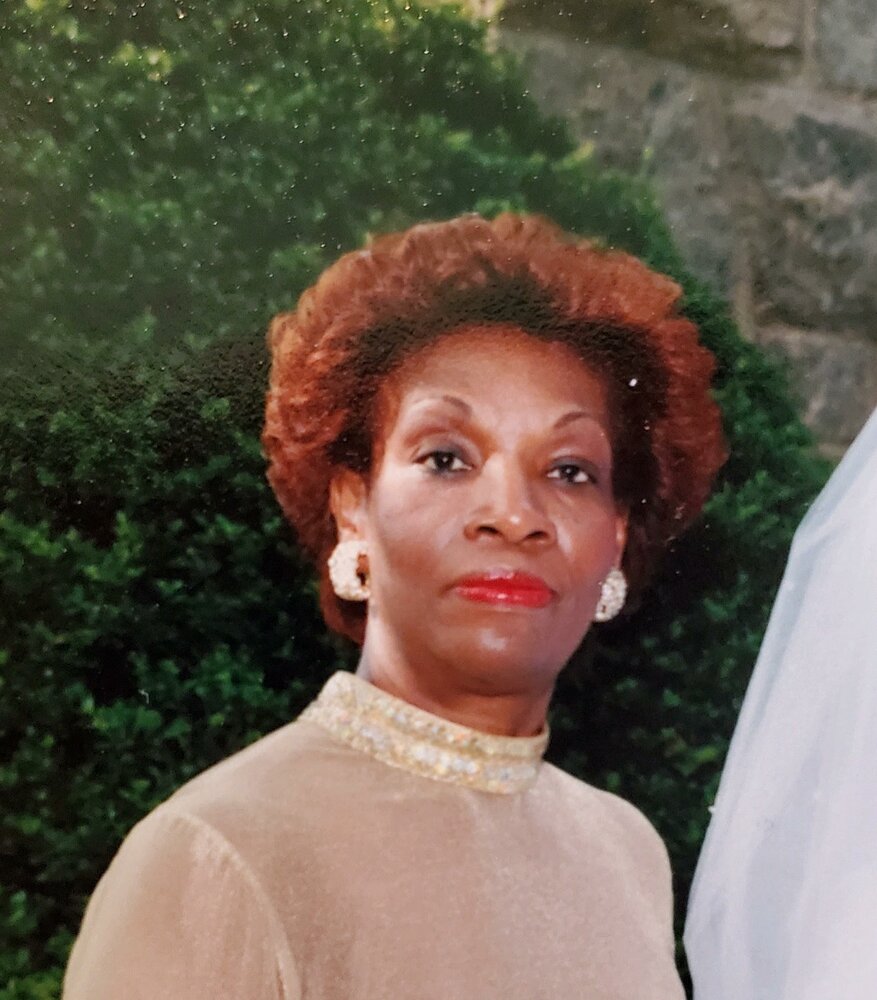 Please share a memory of Dorothy to include in a keepsake book for family and friends.
View Tribute Book

Dorothy Marie Tyrell entered this life on March 12, 1945 in Kingston, Jamaica.  She was the only child born to the late Hyman and Venetia Tyrell.

Dorothy was educated at Swallowfield All Age School where her favorite teacher was Mr. Roberts. She later attended Stratford Business School where she studied and became a master at short-hand writing and graduated with a diploma in Stenography.  During this time, she met and married Trevor Adams.  To this union, three beautiful children were born:  Tyrell Adams, Troy Adams, Sr., and Lamoy Adams-Headad.

Dorothy found Christ at an early age. She was baptized at Church of Christ in Kingston, Jamaica where she served as a very active member.  The family later worshipped at Good Tidings Mennonite Church where her cousin Samuel Walters was the Pastor.

Dorothy was LOVED by all.  Your kid was her kid. She lived with an open heart and an open door.  Being there for the children was her passion. She was outgoing and enjoyed dancing and singing. You could catch her at any moment listening, singing, and dancing to the sounds of Beres Hammond, Patti LaBelle, Aretha Franklyn, Gladys Knight, and Luther Vandross. She danced with the Eddie Thomas Dance Group and lent her vocals as a background singer on River Jordan by Clancey Eccles. She loved Cricket and Netball, which she also played and watched regularly. Dorothy was a fashionista, her favorite color was green. Oh Lord She could dress! When she stepped out the house, from her hair down to her shoe, everything had to be in check.  She was very serious about education, that was first and foremost.  She insisted that her children speak and write proper English, by saying “ You Speak the way you write”. We had to make sure to dot our [i}s and cross our {t}s when speaking to her.  She ALWAYS wanted the best for them!

For many years, Dorothy worked at the Ministry of Public Works Department in Kingston, Jamaica as an Executive Secretary.  In 1979, Dorothy came to the US to create better opportunities for her and her family.  Shortly thereafter, the family joined her in Yonkers, NY.  She worked at Howland Steinbach, Saint Cabrini Nursing Home, and Sternberg Kozera & Cleicher (where she retired after 20 years of dedicated service).

Upon coming to the US, her spiritual journey continued.  She worshipped at Community Baptist Church in Yonkers, NY until relocating to Piscataway, NJ in 2015.  At that time, she attended North Stelton AME Church with her daughter Lamoy and family until her health would no longer allow her.

To send flowers to the family or plant a tree in memory of Dorothy Adams, please visit Tribute Store
Print
Friday
1
October