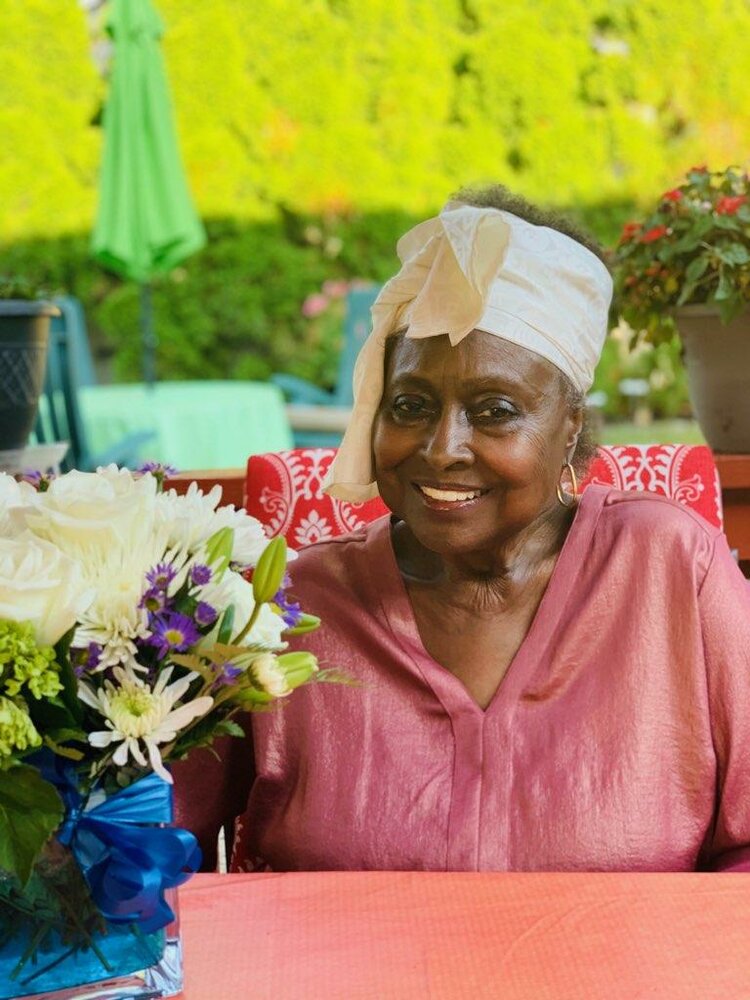 Please share a memory of Wimphrey to include in a keepsake book for family and friends.
View Tribute Book

A SHERO is a woman whom displays strong heroic traits under tremendous pressure and is triumphant over her circumstances. A SHERO is a Woman who is an active giver, an example of what is possible, and a brilliant inspiration to people of all ages. I believe that SHEROS are women that have been through and triumphed over difficult experiences. SHEROS are Victors NOT Victims!!! SHEROS are everyday people, who not only support women and diversity but have strong character and abilities and are champions for success. They support, encourage and push everyone to be better.

Wimphrey Williams Jenkins, A/K/A the DUTCHESS was the daughter of the late Thomas and Clara Wimphrey Williams, Sr., and the eldest of five siblings. She is a native of Newark, NJ, and a lifelong member of Union Chapel AME Church in Newark, New Jersey where the Reverend Anthony Mitchell Sr., is our pastor.

She was a graduate of Central High School in Newark.

As her life unfolded, Wimphrey conducted her life in a manner which reflected her devotion to family, a life of service to others, and a profound trust in God’s control over her life. She has served in many areas of the church beginning with Sunday school and the Allen Christian Endeavor (ACE) League. She became a Church Trustee at 19 years of age. She and her late husband of almost 62 years  John Jenkins moved to Vauxhall in 1960 where they created a home, filled with love, laughter, food and fun. Their hearts and home were always open to a plethora of family and friends in need of a meal or shelter. Their adventures took them throughout the United States, five continents and they frequently traveled to several African nations.

She and John were early norther supporters of Dr., Martin Luther King, Jr. They were Pan Africanist and Civil Rights activists, who participated in the historic March on Washington and numerous other protest activities during the Civil rights era. Following his assassination,  she took her children and other family members to Washington, DC to participate in the “Poor People’s March.” Wimphrey, was present at the invention of Kwanza. She helped lead the effort to desegrate the Union Public Schools. In 2002, her testimony before a NJ Senate Legislative Committee led to Juneteenth  being recognized in the State of New Jersey.

They reared their four sons Jay, Jerraune, Jermel, and Jeoffrey in a home rooted in the Christian values of giving honor, obedience and service to God.

Her subsequent religious, civic, community and professional  activities are as follows:

· Member, Secretary and Parliamentarian of the Mary B. Austin Women’s Missionary Society

· Member and President of the Local Lay Organization

· Member, Secretary and Vice-Chair of the Board of Trustees

· Attended every General Conference of the African Methodist Episcopal Church since 1976.

PROFESSIONAL · Retired from the Union County Department of Human Services as the coordinator of the Division of Employment and Training Programs; supervised 107 employees including: teachers, vocational counselors, case managers, clerical and maintenance staff, who provided services to Union County residents ·

· Founding Board Member of the Union County Community Action Organization.

· Cofounder & President of the Jeanette Shell Scholarship Board

· Member of the National Council of Negro

· Received many certificates of merit in counseling, business, finance, and case management, from Kean and Rutgers Universities

Wimphrey’s testament: “I CAN DO ALL THINGS THROUGH CHRIST, WHO STRENGTHENS ME.” PHILIPPIANS 4:13.

Wimphrey Jenkins  led a life of extraordinary courage and strength. She did not speak her convictions publicly while failing to honor them privately. She did not hold grudges but rose above resentment to reconcile with others. She was a woman of extraordinary grace and dignity sent to us by God “for such a time as this.”

To send flowers to the family or plant a tree in memory of Wimphrey Jenkins, please visit Tribute Store
Print
Sunday
10
October