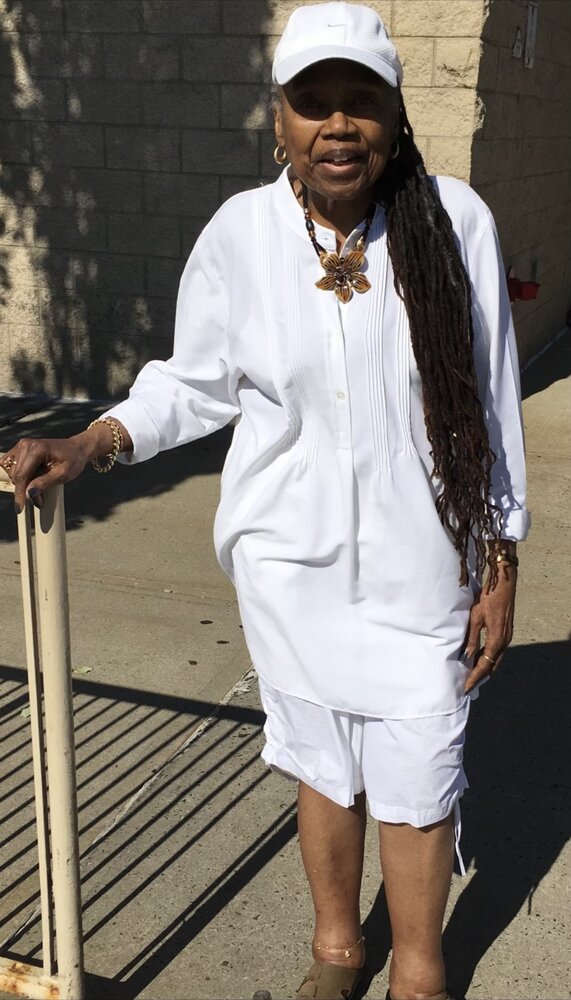 Barbara Alice Cox, 87 of Rahway, New Jersey passed away peacefully in her home on March 6, 2022 surrounded by family.  She was born Alice Barbara Hester on June 30, 1934 in Newark, New Jersey to the late parents of Lacy Hester and Alice Elizabeth McIntyre-Crowell.

Barbara earned her way to Wall Street by taking part in the Manpower Program of Newark, New Jersey in the late 1960’s where she studied Accounting and followed up with a course in Stock Options Trading at Upsala College of East Orange, New Jersey.

There were many facets to Barbara.   The 1960’s set the stage for the path she would take for the rest of her life.  Barbara graduated from Essex County Girls Vocational High School in fashion design.  She enjoyed creating garments for herself, family, and friends.  She received a notable mention in the Newark Star Ledger for Fashion Design collaborations and commentating.  She was a jazz enthusiast, enjoying the sounds of Stan Getz, Chet Baker and Charles Parker to name a few.  Let’s not forget the countless weekends of movie going.  All of her children and grandchildren have fond memories of movie trips and lunch dates to Manhattan… the train rides and of course the World Trade Center (Twin Towers!)

She became a revolutionary, believing strongly in community and opportunity for the advancement of Black Americans.  This belief was shared by her and our beloved father, John Richard Cox Sr. who passed away August 6, 2014.  Barbara was an individualist.  She always did “it” her way, never imitating others.  A maverick, totally independent non-conforming woman… believing that each one of us should be just who we are!  This philosophy was transferred to all who knew her, especially her children and grandchildren.

Upon retirement she had two goals, one was to give back to the community and the other was to spend time with family.  She became a Certified Homemaker-Health Aide in the state of New Jersey providing comfort to those in need.  Her clients enjoyed the time spent in her care with her reading and sometimes painting with them.  When this goal was accomplished to her satisfaction, she migrated to Georgia to spend time with her children and grandchildren.  There she spent time building an unforgettable legacy on the importance of self.  After several years in Georgia, she returned to her roots where she made home in Rahway, New Jersey.  The last decade of Barbara’s life was spent quietly loving her family, making a few new friends, talking with her long-time buddies, and managing her health …

To send flowers to the family or plant a tree in memory of Barbara Cox, please visit Tribute Store
Print
Thursday
17
March