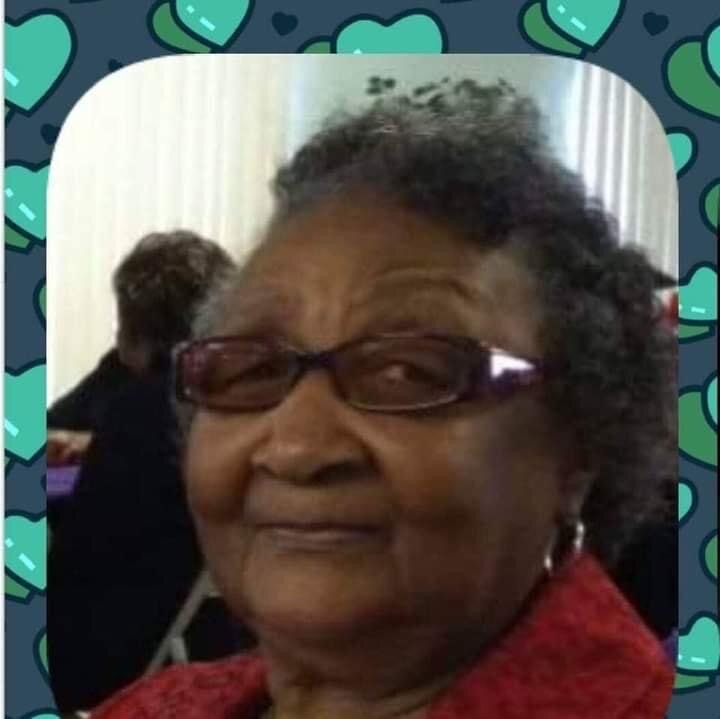 Virginia Mae (Dunn) Smith daughter of the late Deacon Richard Dunn and Annie Dunn was born in Wake County, North Carolina on January 29,1934.  She departed this earthly life on March 9,2022.

Virginia accepted Christ at an early age at Mount Pleasant Baptist Church in Raleigh, North Carolina where she attended Sunday School faithfully and was a member of the Junior Choir.

After leaving North Carolina she moved to Connecticut than later relocating to Brunswick Heights in New Jersey.

Virginia was united in Holy Matrimony on April 5,1958 to Charles D. Smith Sr who preceded her in death from this union they were blessed with four children.

Virginia was employed as a cafeteria worker for the Franklin Township Board of Education until her retirement.  She was admired by many for her loving gentle spirit.  She enjoyed sewing, cooking, sitting on the porch of her home enjoying the outdoors, working on crossword puzzles, and most of all watching Westerns but really enjoyed shopping.  She really enjoyed being surrounded by her family.

Virginia was preceded in death by her brothers, sister-in laws and brothers-in laws.

Virginia leaves to cherish her loving memories her children, Virginia (Tony) of Hobgood, NC, Charles (Vivian) of Brandywine, MD, Mario of Pennsauken, New Jersey, and Tonya of Somerset, NJ. One sister Olivia Carpenter (Frank) of Knightdale, NC and four sister-in laws and 11 grandchildren, 9 great grandchildren and 1 great-great grandchild and a host of nieces and nephews, cousins and friends of the family.

To send flowers to the family or plant a tree in memory of Virginia Smith, please visit Tribute Store
Print
Wednesday
23
March