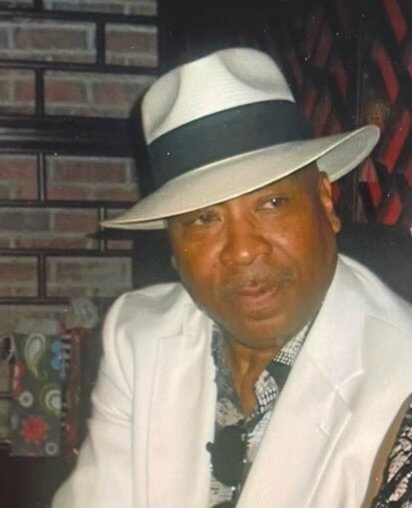 Please share a memory of Joe to include in a keepsake book for family and friends.
View Tribute Book

Joe “Modey” Mosley, 72 of Somerset, New Jersey, departed this life on Wednesday, April 20, 2022, surrounded by his loving family after a long battle with lung cancer.

Joe was born on January 23, 1950, to the late Arthur Lee and Henry Mosley in New Brunswick, New Jersey. He received his primary and secondary education in the New Brunswick Public Schools district.

Joe enlisted into the U.S. Army in 1970 and was stationed at Fort Carson, Colorado, until his honorable discharge in 1972. In 1992, Joe met his wife, Deborah, at a social event in Somerset, New Jersey. They fell in love, married and they remained lifelong partners until his passing.

Joe was employed by A&P Corporation and Kenco, Inc., in the warehouse operational fields until his retirement in 2012.

Joe was a loving husband, father, grandfather, great-grandfather, brother, and friend. He enjoyed cooking for his family and friends. His specialties were collard greens, fried fish, and fried chicken, just to name a few. Everyone loved his cooking. Joe enjoyed watching NASCAR racing, the news, and military television programs. Joe was a hat man; he loved wearing fancy hats and dressing in style. He had a genuine caring spirit and a fun-loving sense of humor.

Joe was a member of the Deliverance Prayer Revival Tabernacle Church where he served faithfully for many years.

Joe will always be remembered for his warm, friendly smile and cheerful laughter, kindness, and hospitality. Joe’s loving spirit touched many lives. To know him was to love him, and he would always say, “I love you.” He will forever be in our hearts and will be deeply missed by family and friends.

To send flowers to the family or plant a tree in memory of Joe Mosley, please visit Tribute Store
Print
Thursday
28
April