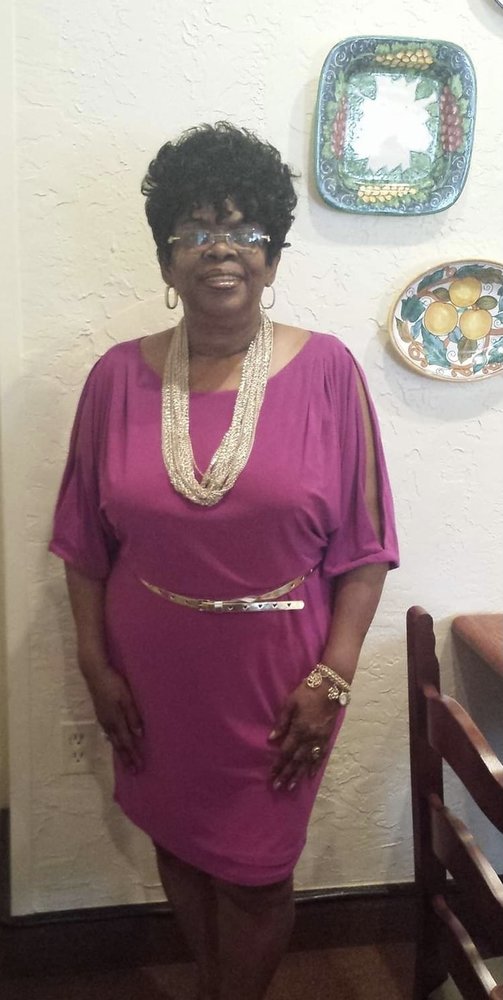 Hackensack Meridian Medical Center in Edison, New Jersey. Elizabeth was proceeded in death by her parents Mary Edna Campbell-Sims and Julius Campbell. The oldest of three children, she was proceeded in death by her Brother Julius Campbell Jr. and her Sister Janice Sims. Elizabeth was raised on Waverly Avenue in Newark, New Jersey. She graduated from South Side High School in 1963. And in 1968 she met and married Francis L. Nelson.

In 1979, she purchased her first home on Lehigh Avenue in Newark, New Jersey, where she lived and raised her family for over 35 years.

If you knew “Liz” you knew that she LOVED the Lord. She was raised up attending Franklin St. John, and visited other churches throughout her life until she found the truths and teachings of the New Jersey Center of Truth - Science of Being in the mid 1970’s. She became an Ordained Minister in the Science of Being in 1997.

Elizabeth loved to travel, ballet dancing and playing the conga drums. She introduced her children and grandchildren to travel early by taking them to Disney World every year until they no longer wanted to go, amongst many other places. In addition, between those trips she travelled the world. She made her way to Egypt (where she swam in the Nile and Mediterranean Rivers), Africa, Cairo, China, Korea, Japan, London (during the royal wedding of Prince Charles and Princess Diana), Paris, Rome, Switzerland, Hawaii, Barbados and Antigua to name a few. She loved Antigua so much she would visit for months at a time. Elizabeth was the epitome of a Strong Black Woman. She enjoyed being around family and friends. She was a beautiful person with a warm sprit, a heart of gold and a smile that could light up the world.

Left to treasure her precious memories on earth are two loving daughters: Angelique Nelson and Tiffany Nelson. Three grandchildren: Omari Bey, Bobby Nelson and Madison Belton, as well as a host of nephews, nieces, other family members and friends.

To send flowers to the family or plant a tree in memory of Rev. Elizabeth Nelson, please visit Tribute Store
Print
Monday
23
November