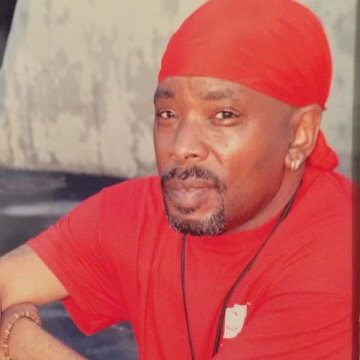 Please share a memory of Anthony to include in a keepsake book for family and friends.
View Tribute Book

Anthony "Tony" Branch was born on April 25th,1960 in Newark, New Jersey to parents Beatrice Branch and Roosevelt Easterling. And while born in the city, Tony was actually a country boy at heart! Many of his summers were spent during his early childhood in Margarettsville, North Carolina with Aunts and Uncles including the late Mae Lois and Chan Gordon Sumlar. While away from the congestion of the city he developed his love for hunting, fishing, horseback riding, and farm related activities. There was nothing that he was not willing to do, or get into!

Tony was a product of the Newark School System and last attended Blessed Sacrament High School where he benefited from a rigorous Catholic education. His mother believed that the hands of God were needed for extra guidance and protection from negative influences. She did all that she could to influence him into the proper development of an independent young man. Also, by her being a participant in The Great Migration from the South to the North in the 1950's and 1960's, it was stressed that employment was essential. It was believed that: "If you're working, then you're doing alright!" So it was reinforced that he continually find means of work. It was tough and not without challenges, but he did all that he could to contribute to the wellbeing of himself and his mother

After working a variety of positions, and enduring numerous challenges, Anthony opted for a fresh start and relocated to Wilmington Delaware where he found employment for the last 13 years of his life as a trusted employee at Zenith Products Corporation of New Castle, Delaware. It was because he was considered an earnest and dependable employee that when he did not report to work for a number of days that his employer became concerned and investigated Tony's unusual absence. Unfortunately everyone's worst fears were realized and he was found unresponsive in his apartment.

Tony is preceded in death by both his Mother: Beatrice Branch, and his Father: Roosevelt Easterling.

To send flowers to the family or plant a tree in memory of Anthony Branch, please visit Tribute Store
Print
Saturday
20
March