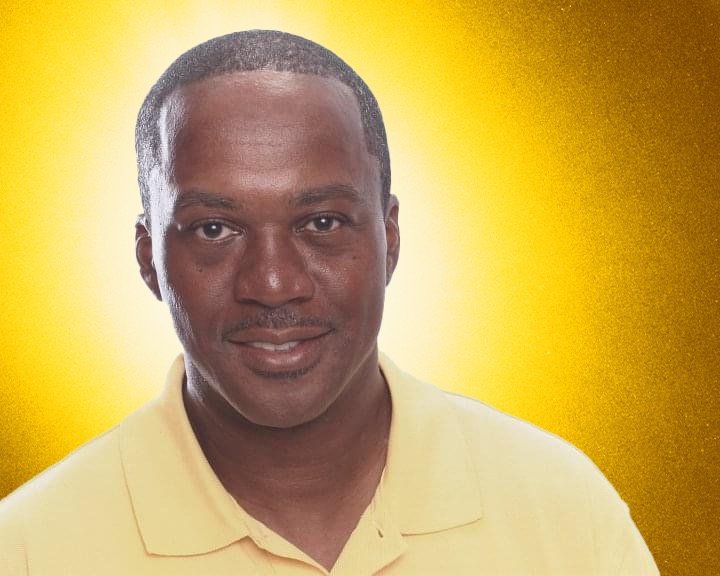 Please share a memory of Clement to include in a keepsake book for family and friends.
View Tribute Book

Firstborn of the God anointed union of William Smiley, Jr. and Nellie Loretha (nee Williams). He was the pride and joy of his family. The crown prince. Shine on.

His first home was on Hamilton Terrace with his family. Clement's early days were spent in the church as the grandson of  Rev. Dr. Cosby B Wilson, Jr., Pastor of the Southern Baptist Church of Harlem. Soon, the family moved to Queens, settling in the close-knit neighborhood of the "great" East Elmhurst. He started school at PS 127 and later attended  JHS 145.

He was always tall and strong, always, in all ways. He played four sports well enough to star: Baseball, Basketball, Football, and Track.  His cohort was the East Elmhurst-Corona Elmcor All Stars.  They set the standard for community based games and leagues. He embraced sports and the fairness of the arena.

By the time he was ready for high school, Clement travelled across Queens to attend the new August Martin High School, becoming a member of the school's very first graduating class in 1975.  By then, Smiley was an established athlete: football QB and a basketball Forward. His team won the NYC PSAL basketball championship. Off the field, he was on the school radio station and also learned TV production.  But not only that---he was also the drummer!  He was a part of a group that played small gigs, but he also was in the school band who helped write and record the school song, "Upward Bound."  He was voted "Best Athlete" AND "Most Argumentative."

From HS it was off to college at Northeastern University in Boston. College life led to more popularity and success on the NU Huskies basketball team (#11), the WRBB radio station, and general survival in the racially war torn city of Boston in 1975. He was THAT upstanding man who handled all the issues of the day however he could, the best he could, protecting everyone.

He eventually became the Program Director and #1 DJ at WRBB---Clement "The Big Freak" Smiley! He had his own fan club! Through his diverse musical tastes he hosted a jazz show, a gospel show, and the inimitable Soul's Place R&B late show. Clement learned and used DJ techniques that so many tried to duplicate...but couldn't. He introduced  many people to the joy of broadcasting, some in music, some in the news. He really was the college radio EVERYTHING!

In the winter of 1976, that everything became even more as Clement pledged, leaving his Centaur "hoof-prints" across the burning sands, and entered into Iota land---Iota Phi Theta Fraternity, Inc.. He was The #1--the president--on the Ubiquity line of that Outrageous  Omicron chapter. The frat is family to this day. Then still a very young organization, Clement's influence, as an Iota, was felt significantly far and wide. He served as DP, and step master. A hard brother. He and his brothers helped forge a new path for the young fraternity, setting guidelines and policies that are still in effect today. Many different generations and regions across Iota Phi Theta Fraternity, Inc. have been impacted by Smiley's presence and mindset. No one ever challenged his brotherhood or his leadership, or his fidelity. The fraternity goals of citizenship were embodied by him. He was a tireless servant to the community, specifically working with young people, like in the Heath Street projects and the New England Home for Little Wanderers. This theme persisted throughout his life.

Although he was admitted to Northeastern as a Criminal Justice major, he ended up following a career path within the telephone industry. He worked for New England Tel for years until relocating to California in support of and to be closer to his beloved little brother. Clement and Cosby did their own "great migration" driving across country to California.

Once there, he was blessed with the birth of his daughter, Brittney. As a new father, Clement worked many jobs in the sales and telecommunications field with MCI/WorldComm and Sprint. He also had those jobs, as a born leader, manager and entrepreneur, that many men of "resource" have, in order to "do what he had to do".

Later, after relocating to Atlanta, Clement balanced fatherhood duties for his daughter Hanna, and #1 son, Colby, and baby girl Deven. He returned to his technology career, working with UPS and NCR before finally deciding to consolidate his varied skill sets and interests to begin work within his own sports officiating group. He was privileged to have participated as an official for the College Baseball World Series in Omaha. And always committed to community service, he kept working as a voter/election board supervisor.

Clement was the consummate father figure to many, long before having children of his own. But once he did, he doted over them.  He would move heaven and earth for his daughters, a testament to his vast network to complete the task. He raised them with love and left his imprint on their lives. He was happy being a "girl-dad" but the arrival of his very own "mini me" completed him, often referring to Colby as his "better me."  Just a few weeks ago, among what would be his final thoughts and prayers, he was so happy to usher his son Colby into adulthood as he turned 21 years old. Clement was so very proud of all his kids--his three daughters and #1 son.

He did whatever he could to span space and time to make sure all his kids felt his love and he had hoped to spend even more time with them and his grandchildren...but the global pandemic and an unfortunate criminal physical attack stymied his many plans to be with everyone.

Clement the #1 son, crown prince, went to join the ancestors on April 2, 2021, leaving behind to mourn and celebrate his life and shine the light: his children, Hanna (Jared), Brittney (Tre'Vonne), Colby, and Deven; and their mothers; his baby brother Cosby (Stephanie); Goddaughter, Jennifer; special and much loved first cousins and their children; the brotherhood of Iota Phi Theta Fraternity, Inc.; and a host of friends, colleagues and extended family all across this nation.

To send flowers to the family or plant a tree in memory of Clement Smiley, please visit Tribute Store
Print
Saturday
10
April