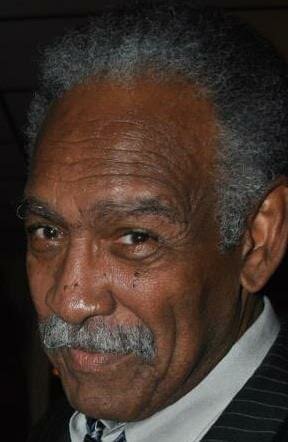 Please share a memory of Clifton to include in a keepsake book for family and friends.
View Tribute Book

“My father didn't tell me how to live; he lived, and let me watch him do it.”

On January 13, 1942, Clifton (Cliff) Thomas Baskerville, was born to the late Jozella (Baker) and Clifton Thomas Baskerville at City Hospital in Newark, New Jersey. His house was always filled with fun and laughter.  At a young age, it was clear he was a very curious child.  He became an avid reader and was obsessed with constructing amateur train sets.  He was also enamored with his big brother Richard Baskerville, who quickly became his mentor and hero.

Cliff was always raised in a home that loved the Lord.  His family attended St James AME Church in Newark NJ.  He especially liked Sunday School.  There he was able to express his natural curiosity as he loved to ask questions.  In his early grades he attended Montgomery Street School in Newark where he further developed what later would become his thirst for knowledge.

When Cliff was in the 4th grade, his mother married the late James Andrew Conover, and the family moved to Steuben Street in East Orange, NJ.  He thrived in the warm and supportive environment that was “Old East Orange”. He attended the Lincoln School and Vernon L. Davy school. He continued to be introduced to new and exciting things.  He became an enduring lover of music especially Jazz, Doo Wop and R&B.  He loved singing and playing the drums.  So much so that he and a few of his friends just knew that one day they would be the next Doo Wop group to make it big.  He also started cultivating his love for sports, especially football.  He loved playing tackle football with the older kids at the Oval and it was clear even then that he was special.

In 1956 and 1959, his younger brother, Andrew and sister Cassandra (Cassie) Conover were born. Cliff now had younger siblings that looked up to him.  This was not a responsibility that he took lightly as both he and his brother Richard absolutely loved their younger siblings.

During his freshman year of high school, his brother Richard persuaded him to try out for the football team.  Cliff felt conflicted between being a drummer for the marching band and football.  He made the team and was asked to play quarterback, which was the only position he ever played in high school.  The rest, as they say is history.  Cliff’s exploits on the gridiron are enshrined in East Orange sport’s lore.

During his varsity career, the East Orange High School football team became very successful. As a junior, Cliff led the East Orange Panthers to their first Undefeated and Untied season in school history. Baskerville, the team’s leading scorer with 78 points, was selected to the First Team All Essex and NJ All State teams.

During his senior season, he was named to the Star Ledger and Newark Evening News First Team All Essex and First Team All State Teams. He also received an Honorable Mention as one of the top 10 players for his decade on the Team of the Century by the Star Ledger.  In fact, in 2019, he was inducted into the East Orange Hall of Fame (to read more about his amazing football career see the Hall of Fame Induction Page located in the program).

In the fall of 1960, after graduating from East Orange High School, Cliff entered Boston University on a full football scholarship. However, he could not abide the racist environment, so after completing his freshman year he returned to New Jersey.  Cliff embarked on the first of several professional careers as a chemical operator for Hoffman LaRoche (medicine manufacturer). He also managed the Brookside Swim and Tennis Club, sold insurance, owned a transportation company and owned a travel agency.

On May 3, 1969, after a whirlwind courtship of six months, Cliff married the love of his life, Ruby Jean Williams. Cliff, and his family were immediately enfolded into Ruby’s large and loving Village. For 53 years, they were inseparable and Cliff became an integral part of the extended family.

In 1978, the family moved to Union, NJ where they shared many years of love and affection. Theirs was a Christian home of music, love and laughter. Cliff became the consummate family man who was keenly aware of the importance of family and he lived for his family especially their two children Clifton Jr. and Kira Jo and later their bonus son, Jasper Hankins.  On occasion, at one of the kid’s athletic events, Cliff would run into an old teammate or Panther who wanted to rehash his glory days on the gridiron. Instead, Cliff would brag about his children’s accomplishments. He glowed with pride when his son Clifton made an interception and ran it back for the game winning touchdown to win the 1992 Peach Bowl for the University of North Carolina. He could hardly contain his joy watching Kira Jo give the graduation speech at her graduation from North Carolina Central.  He became a trusted father who coached Jasper both on the field and in life.

At Ruby’s urging, Cliff joined the family church Union Chapel AME Church in Newark, NJ. Initially the UC family was not sure how to read him. However, he was a pied piper who loved to tease and joke with people, telling stories, and spinning tall tales to entertain people. Sometimes he tried to act gruff, but everyone knew that he was a softie at heart. Cliff was a real charmer and came to enjoy his weekly attendance at the Union Chapel Community Development Senior Citizens Club.

Cliff was the cool uncle with whom you could share your secrets He was a family favorite, the non-judgmental uncle who listened and gave sage counsel to his nieces, nephews and, their friends.  He supported everyone in their athletic and scholastic activities and stressed the value of obtaining a college education to the children of the Village.

Cliff shared his love of football for 20 years, coaching and mentoring many players in the Union Township Pop Warner League. Not only did he teach them about football, but more importantly, he became a father figure who modeled responsible Manhood.  He was an integral ingredient in the development of the youth of Union Township. Many of his players including his son Clifton, Jr. played on Union High School's State Championship teams and later played in college. Several are now coaches who credit his example.

Cliff was a dutiful son, loving husband, adoring father and grandfather, reliable brother and confidant to his nieces and nephews. He was intelligent, spoke his mind, loved and was loved by many.  In short, Clifton Thomas Baskerville, Sr. was the REAL DEAL WHO DID IT HIS WAY!

On Friday, September 24, 2021 while surrounded by his loving family, at Overlook Hospital in Summit, NJ, Clifton Thomas Baskerville, Sr. exchanged life for eternity and was enfolded in the loving arms of God.

Thank you, Cliff, for being an essential part of our journeys; we are honored to be a part of your Village! You will always be in our hearts.

Rest in Love, Peace and Power

To send flowers to the family or plant a tree in memory of Clifton Baskerville Sr., please visit Tribute Store
Print
Friday
1
October