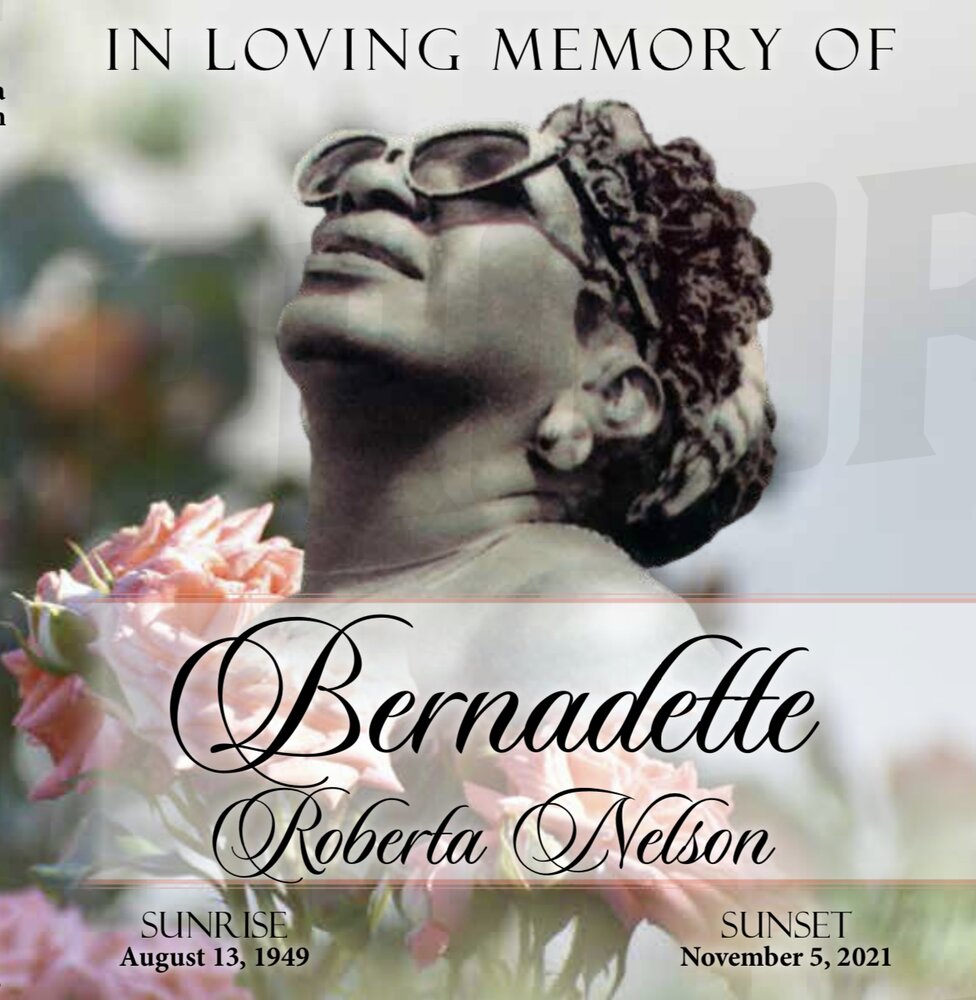 Please share a memory of Bernadette to include in a keepsake book for family and friends.
View Tribute Book

Bernadette Roberta Nelson was born on August 13, 1949 to Estelle and the late Robert Nelson in Brooklyn, NY. When she was 5years old she relocated to Plainfield, NJ where she attended the Plainfield Public School System.

Bernadette was employed with Ethicon for 28 ½ years and after leaving Ethicon she went on to work briefly at Alpharma Pharmaceuticals.

Bernadette was a longtime member of Rose of Sharon Community Church, where she served on the Altar Floral Guild and the Usher Board Ministries. She was known to be a Diva and Loved anything that sparkled and had bling. She had a love for shopping, gardening and especially getting her two-step on. Those who knew her know that it didn’t take much to get her on the dance floor. She had an infinite love for her family and would do anything for them. She too pride in her role as mother, grandmother and great-grandmother. In 1987, Bernadette committed herself to her road to recovery, something that she took very seriously.

She is preceded in death by Christopher Vannetta (grandson), Stella Nelson (sister) and Robert Nelson (father).

To send flowers to the family or plant a tree in memory of Bernadette Nelson , please visit Tribute Store
Print
Saturday
13
November