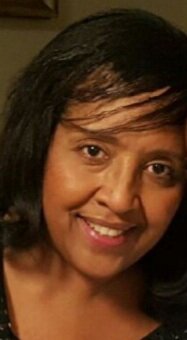 Please share a memory of Juliette to include in a keepsake book for family and friends.
View Tribute Book

Juliette Joyner was the oldest of seven children born to the late James Thomas II and Cordelia Matilda Joyner. Julie, as we called her, was born in Long Island City, New York on March 18, 1955 and was called to rest on January 29, 2022. Juliette attended New York City public schools until the age of fifteen. However, because she was recognized by her teachers and school administrators as an academically gifted and talented student, she was offered an academic scholarship to complete her final three years of high school in Oshkosh, Wisconsin as an exemplary exchange student. Once she completed high school, she attended the University of Wisconsin - Oshkosh where she received her Bachelors degree in criminal justice and later earned her MA-JD degree in Law and Public Accountability from John Jay College of Criminal Justice in New York City.

With such a passion and a calling within her to eliminate civil injustices for those individuals and businesses unable to be represented fairly by our country's  court system, Juliette sought out the opportunity and worked as a civil court litigator for the city and state of New York for more than thirty-five years. She received numerous awards and achievements throughout her career until her retirement several years ago.  She was always "looking out for the little guy" and was a staple in her family and her community, which was a life-long goal for her. That same zeal and compassion resinated with her colleagues and friends as well.

Always having creative life ideas for the next achievement, Juliette was extremly excited and eager to try a new food recipe. She also enjoyed traveling internationally to other countries throughout the world, either by land, air or sea. She seemed to be in another country at least once or twice a year and eager to travel again once she returned home. She had an infectious laugh that made everyone around her laugh not only with her, but at her. She would always be that individual that we could expect the truth from with her opinion and her solid voice of reason. Her uniqueness and brilliance will always be missed dearly by her family, friends and colleagues.  What an extreme joy to have had her as a sister, aunt, cousin, sister-in-law, niece and friend. Rest in peace our dear loved one.

Juliette was preceded in death by her sister Denise; her brother James Thomas III; and her niece Sharell. Juliette leaves to celebrate her memory, her special friend and confidant Darrell Winstead; her sisters: Janet, Diahann and Crystal; her brother Mark and her sister in laws Monisa Lynn Joyner and Pauline Carrington-Joyner; her nephews: Lloyd, Lamont, Shajuan, Michael and Manuel; her niece: Mijoi; her Aunt: Anne Young; her dearest friend: Wanda Yusuff and a host of great nieces and one great nephew, cousins, friends and loved ones.

To send flowers to the family or plant a tree in memory of Juliette Joyner, please visit Tribute Store
Print
Friday
11
February