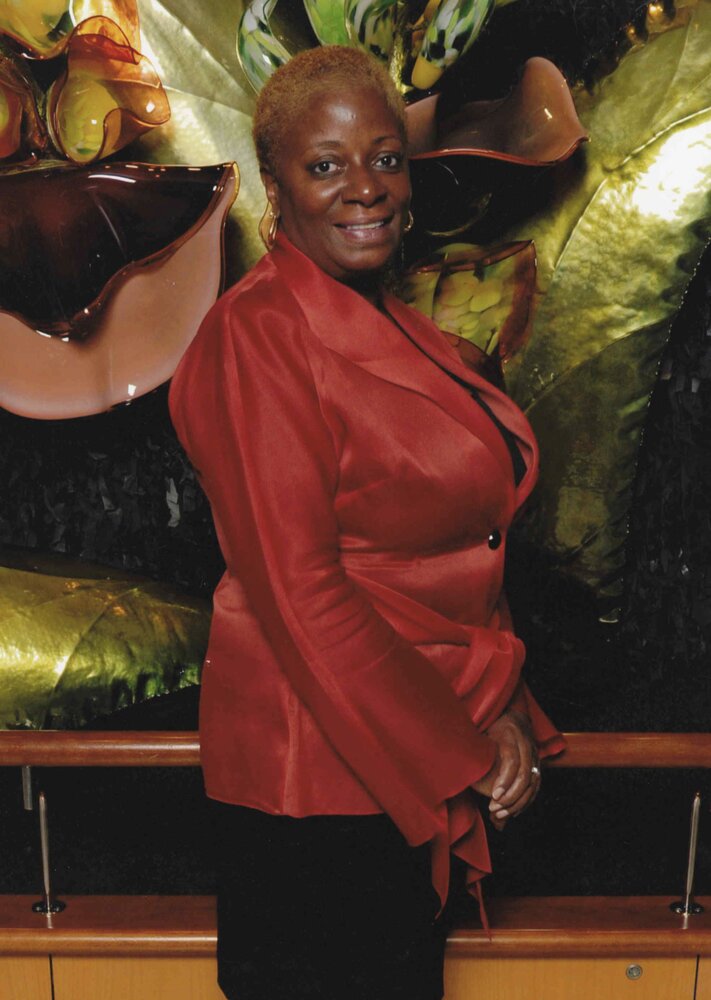 Please share a memory of Debra to include in a keepsake book for family and friends.
View Tribute Book

Debra P. Taylor Spicer was born on March 17th, 1961, to the late Nellie and Hayward Taylor Sr. in Brooklyn, NY. She was the older of their two children and educated in the New York City Public School System. After graduating from Lafayette High School in Brooklyn, NY in 1979, where she was an avid cheerleader, she went on to study at Morgan State University in Baltimore, MD.

While attending Morgan State University she met Darren Jenkins Sr. They married on October 22, 1988. Out of their union they were blessed with two sons Darren Jenkins II and Dustin Jenkins. Debra was a wonderful and loving mother who gave her all to her family.

Debra had a long and successful career as a Station Agent for the New York City Transit Authority for 34 years. In 2019, when she retired Debra kept in touch with many of her MTA colleagues. She also gained a love for bowling.

Our mother, Debra, was one of the kindest women to ever walk this earth and our family was blessed to have her as the head of the family. Debra was a mother, grandmother, sister, niece, cousin, and friend to so many. She is survived by her sons Darren Jenkins II (Charlene), Dustin Jenkins (Jarena); Grandchildren Dillon, Leighann, Courtney, Isabel, Austin, and Jackson Jenkins; Brother Hayward Taylor Jr.; Stepfather Compton Toussaint; stepchildren Talmadge and Nia Spicer; and several uncles, aunts, cousins, nephews, and a host of friends.

On Thursday, February 24th, 2022, the Lord called his angel home to be with her family. We will miss her greatly.

Submitted in loving memory by her family

To send flowers to the family or plant a tree in memory of Debra Spicer, please visit Tribute Store
Print
Wednesday
9
March