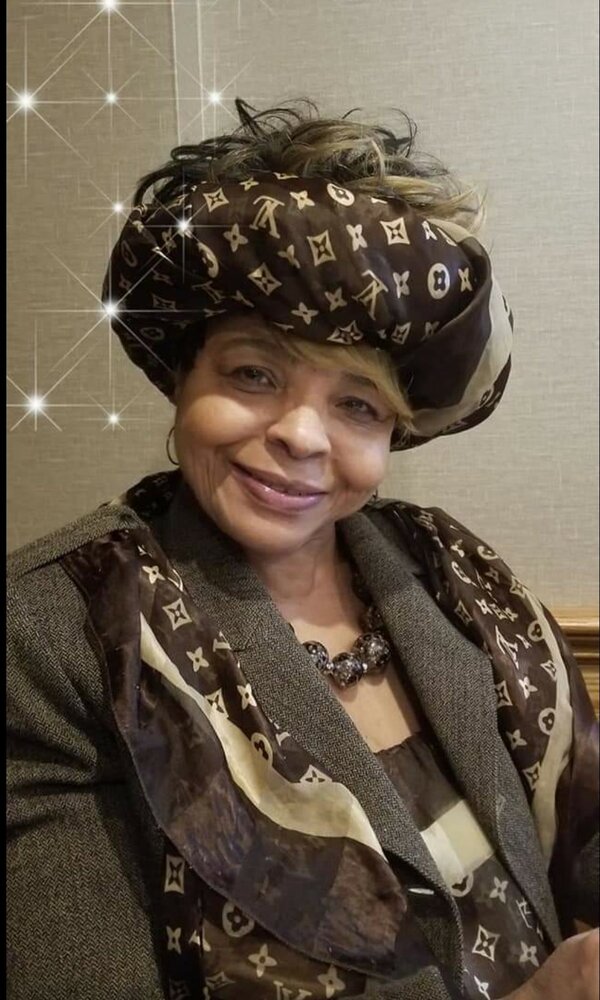 Please share a memory of Bernadine to include in a keepsake book for family and friends.
View Tribute Book

Mother Deaconess Bernadine Lee (Brown) Hill, affectionately known as “Bernie” was the daughter of the late John and Bertha Brown.  Bernie was born on November 8, 1948, in Newark, NJ.  On Wednesday, March 9, 2022, Bernie received her wings from this life to her heavenly home with the Lord.

Bernie was raised in Newark, NJ.  She relocated to Hillside, NJ in 1974.  Bernie attended Dayton Street Public School and the Girls Vocational School where she studied in Home Economics.  Her extra-curricular activities included the Bossanova Club and the Candeliers Drill Team.  After her graduation, she worked at Bambergers Department Store making Men’s Suits.  Bernie also worked for herself as a seamstress making wedding dresses, ladies' apparel and one of kind creations.  She was always sewing for her daughter and making clothes for others.

Bernie later met and married William Hill. From that union, her daughter Shalene Yvette and her son, William Allen Hill were born.

Bernie has always loved the Lord and accepted Christ at an early age.  Bernie attended New Light Missionary Baptist Church for over 40 years until she became ill.  She was Mother Deaconess and held several positions throughout the church.  When asked to do something, she was always ready for the call.

Bernie’s main objective was being a “Mother” to her daughter and son, and also her “bonus” daughter, Jennifer.  She participated in her children’s activities from football to girl scouts.  She was overjoyed when she became a grandmother to “Little Allen.”

Bernie had an infectious laughter that radiated into a beautiful smile.  She traveled throughout the continent with her late cousin Julia on cruise ships, airplanes and trains.  Bernie is a loyal friend and always has concern for others first, more than herself.

Bernie loved to share stories about her family and Dayton Street.  Her brother, Lawrence and she would laugh for hours reminiscing about the past.  She loved to read, as well as watch old cowboy movies.

As a devout Christian, she would pray and always encouraged others to pray and believe that God will always answer your prayers.

To send flowers to the family or plant a tree in memory of Bernadine Hill, please visit Tribute Store
Print
Thursday
24
March