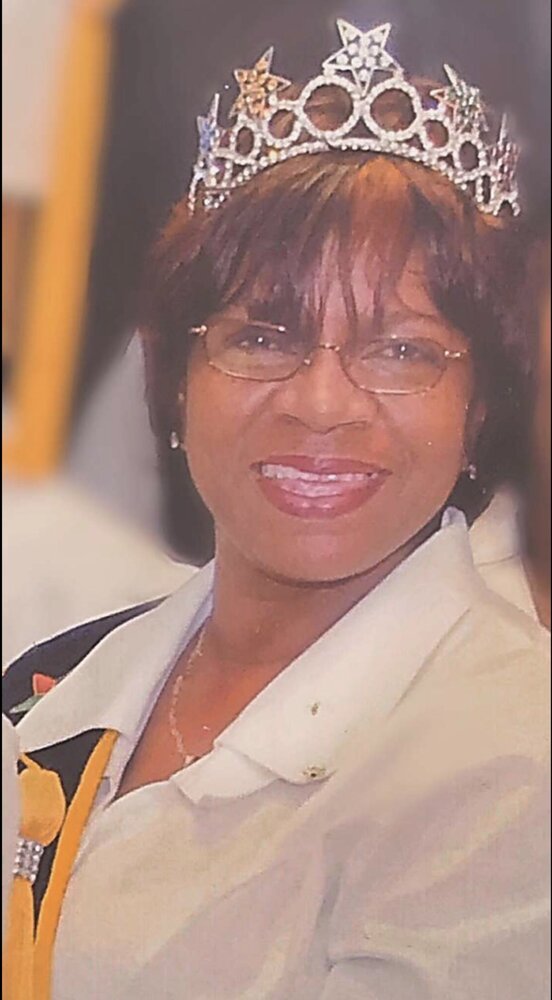 Please share a memory of Clarice to include in a keepsake book for family and friends.
View Tribute Book

"For I am ready to be offered and the time of my departure is at hand. I have fought a good fight, I have finished my course. I have kept my faith, henceforth there is laid up for me a crown of righteousness, which is the Lord, the righteous judge, shall give me at that day and not to me only, but onto all them, also that love is appearing." II Timothy 4:6-8

Our Queen Clarice LaVera Swindle was a devoted wife, mother, grandmother, great Grandmother, sister, aunt, cousin and friend. Clarice, lovingly known as "Babe" or “Ms. Clarice” or "Nana" was born on October 27, 1947 to the late Lucile Horton Smith Holt and Roy T. Smith in Huntsville, AL. and departed this life on June 28, 2022. Clarice attended the Huntsville school system until she, her mother, and sister moved to Spring Valley, NY in 1956. Clarice attended Spring Valley High School, graduating in 1965. After graduating high school, she attended Hampton University, enjoying each and every one of those years and pledged Delta Sigma Theta Sorority, Inc.-Gamma Iota Chapter.

While living in Spring Valley, NY, she and her girlfriends would attend clubs in Nyack, NY and that is where she met the love of her life, Robert Lewis Swindle, who was performing at Chick -n- Charlies. He was known as "SHOTGUN" but Babe believed with ALL of her heart and soul that he was Her "SUPERSTAR". Their union became official on April 11, 1972, to which 3 children were born: the 3 R’s--Robyn, Rodney and Regina.

Clarice obtained employment at IBM, from which she retired after 25 years as a computer analyst. After retirement, she continued to work for various companies as a database administrator. She kept herself busy during that time helping to take care of her Grandkids. She and Pop Pop would take them wherever they wanted to go. It was very rare that they would say “No”.

Robert and Clarice moved to Cliffwood in 1972 and the rest was history. They purchased the store on County Road and that is where the 2 of them became close to everyone and she was a well-loved member of the community. Clarice enjoyed working in Robert's Delicatessen so that she could greet all of the customers with that infectious smile. Clarice adored the Cliffwood community and joined the Rose of Sharon #51 Order of the Eastern Stars and became the Worthy Matron. Spending time with her OES Sisters from all over the state of New Jersey was near and dear to her heart. She was also an active member of Mount Moriah Missionary Baptist Church—where she served as the president of the adult choir, financial secretary, and member of the kitchen committee.

Clarice loved her family and one of her greatest joys was traveling back to Huntsville, AL with her hildren for family reunions. She made sure she instilled in them to put God first, then family, and everything else will fall into place. Her favorite pastime was going to Atlantic City with the family. She also enjoyed attending various events in the community. Whether it was a dance or a cookout, Ms. Clarice's macaroni and cheese and cornbread were always requested and always a hit.

Clarice loved her children and would do ANY and EVERYTHING for them. Whatever they participated in, she was right there--front and center. For Robyn she was a "Dance Mom," for Rodney she was the "Team Football Mom", and for Regina she was a "Cheerleader Mom," becoming an assistant coach. Before she became ill she admitted to Robert that when "Poppa was a Rolling Stone" it was ok, because she could do whatever her kids wanted her to do.

She will be sadly missed by her family, friends, the church and the community. None of us will ever forget her beautiful smile, her passion and her LOVE.

To send flowers to the family or plant a tree in memory of Clarice Swindle, please visit Tribute Store
Friday
8
July