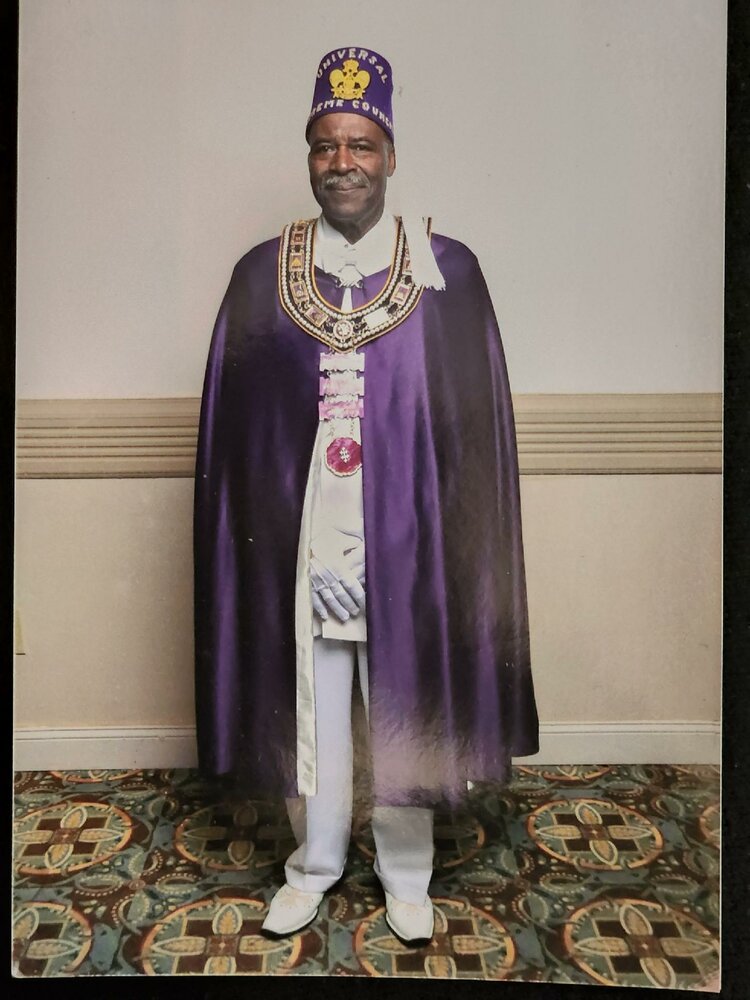 Please share a memory of Rayford to include in a keepsake book for family and friends.
View Tribute Book

Reflections on a life lived to the fullest

How do you say goodbye to someone who has been with you your whole life? Someone who bestowed his great wisdom upon you and others whether you wanted it or not. Someone who was always willing to lend a helping hand and go above and beyond what was asked of him.  Someone who expected you to give your all if he was right there beside you giving his all.  Someone who had no problem straightening you out if he thought you needed it. That is the phenomenal man, Rayford Scott, who left us on Thursday, July 14, 2022 at age 82 after a long battle with bladder cancer.

Affectionately known to some as Scottie and others as Bro. Scott, he was born to Richard and Eula M. Scott on October 4, 1939 in Millhaven, Georgia.  He left Georgia at an early age and traveled along the east coast working as a bellhop, cook, dishwasher and waiter. He eventually settled down in New Jersey where he married his wife Zella and raised his family while attending Abyssinian Baptist Church.

He worked diligently at Englehard Industries for nineteen years while also maintaining a contracting business with his partner Marvin Kindle.  After Englehard closed its Newark campus and moved down south he focused his attention on building their business. In attestation to his abilities, he became the master builder for the Newark nonprofit organization Women In Support of the Million Man March (WISOMMM) where he served as the general contractor for 20 years.  During that time period he was responsible for the complete renovation of several historic landmarks in Lincoln Park owned by WISOMMM.  He also built the WISOMMM Preschool Center and Adelaide L. Sanford Charter School within the WISOMMM Cultural Center, now owned by Audible.

He was a chef and master carpenter who loved fishing but loved the Universal Order of the Masonic Brotherhood, Inc., of which he was a member for over 60 years, even more.  There was no one in the Order who knew more about the Masons than Bro. Scott.

Daddy was a man like no other.  He helped anyone who needed it, was strong in his convictions and believed that you could have all the book knowledge in the world but if you didn’t have mother wit you were lost. He will be missed but, we all carry a piece of him inside of us.

To send flowers to the family or plant a tree in memory of Rayford Scott, please visit Tribute Store
Print
Thursday
21
July