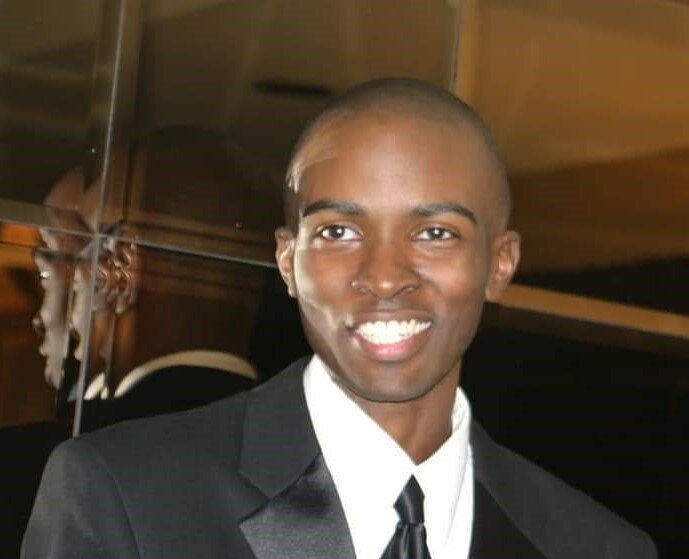 Please share a memory of Wayne to include in a keepsake book for family and friends.
View Tribute Book

A beloved and cherished, loving and supportive son, brother, cousin, nephew, and friend, Wayne Ellis Pyron, Jr. was born October 26, 1983 in Central Jersey. He was the heaviest of his mother Mugure’s three kids when he was born, yet he turned out to be the skinniest — as she used to say, “you are just bones!” :)

As a child, Wayne’s creative and energetic nature expressed itself in many ways, such as through participation on the basketball and baseball teams as well as playing the drums in his school band. He was also a very fast runner, so he always waited until the very last minute to catch the school bus at the corner. He would then come running back home to his waiting mother who would ask, “Did you forget something?” He would then give her that flashy smile — “I missed the bus! I missed the bus!” and then he would start dancing to Kris Kross. That was how he showed how much he loved hip-hop, not just by listening to it, but by dancing and rapping! He would entertain his mother’s friends for hours when they visited from Kenya; whatever music Mom had problems with, her friends had no problems with Wayne performing!

As he grew into adulthood, Wayne grew into considering himself a genius, and so did his family! He was a prolific religious writer, who felt called to share his own visions and wisdom, and his ability to connect concepts, philosophies, theories, ancient texts, belief systems and much, much more in intriguing and complex ways. His philosophical discussions of the Bible centered on “the whole Bible being a physics computer code for time travel.” Through Wayne’s diligence and brilliance, he discovered that many of the kingdoms in the Old Testament had roots in ancient Egypt and he went into great detail proving that this was the case. One of the last times Wayne discussed his writings with his mother, she asked him if it was okay if she published his writings — he said, “Knock yourself out” — and now she considers that a promise! Wayne challenged those around him to engage with his writing and to actually think, to “find balance in the paradox” and to “find your true unique self.” His username was youneekk for a reason – Wayne truly was one of the most “youneekk” individuals.

In his professional life, Wayne Jr. exemplified his values of commitment, leadership, service, and caring for others, most notably by joining the United States Marine Corps from January 2004 to his honorable discharge in January 2008. Shortly before he enlisted, he had brunch at a local I-Hop with his father, Wayne Sr. He told his dad that he didn’t feel that he was as able to defend his family as well as he should, and that he thought the best way he could become able to defend his family, neighbors, and country was to join the military. He then said he thought the branch he should join was the Marines, since they were the “tip of the sword” that stood between those he loved and those that would do them harm. This was supremely typical of Wayne Jr. He was always looking to protect others and put their welfare above his own.

He was a combat squad leader who was awarded a Purple Heart and received a Certificate of Commendation for his brave leadership of his squad on several successful missions during two tours of duty – including on the USS Ashland and as part of Operation Iraqi Freedom. He ended his service with the rank of Sergeant.

His engaging and magnetic personality then led Wayne to take on a new challenge, becoming a licensed real estate agent. As he said in his billboard ads in North Carolina – done in the style of some of his favorite movie posters – “Real Estate Never Looked So Good!”

Wayne was just plain cool and anyone that ever met him knew it – dressed in all black, with a black car, flashy smile, laid-back charm, magnetism, and good looks. He was the definition of swag. The illest guy ever! His passions of basketball, rap, and gaming were expressed in many different ways, whether it was through 1-on-1 hoop drills against the family, Street Fighter battles in person and online, or freestyle sessions in the car on the way to the family parties. His skills in Street Fighter earned him top rankings in the online leaderboards. His practice days shooting hoops made his play in battle top notch. His writing talent and eloquent style spotlighted the intelligence of his words.

Wayne Jr., and the singular, irreplaceable man he was will be dearly missed by all.

Wayne Jr. is survived by his parents, Wayne Sr. and Mugure, and his sisters, Kibui and Patty; his brother-in-law Ed; “The Cousins” (the Naykenes, Andrews, Thimbas, Ndundgus, Dennises); his first cousins Walter Jr., Ernest, and Raleigh Jr., Junior, Sunny; his Uncles Lawrence, Calvin, Alvin, and Raleigh Sr.; and many uncles, aunts, and cousins.

In Lieu of Flowers

The Family asks that donations be made via CashApp

A fund established by the family

for assisting young people pursuing opportunities in the trades, entrepreneurship, and other career paths.

To send flowers to the family or plant a tree in memory of Wayne Pyron, Jr., please visit Tribute Store
Print
Wednesday
3
August