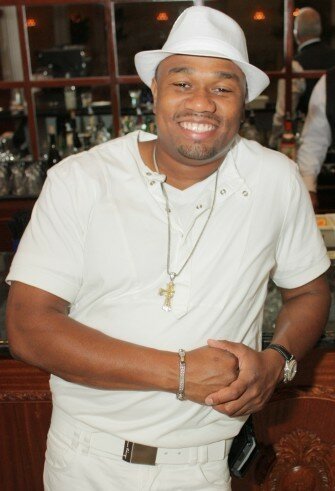 Please share a memory of Craig to include in a keepsake book for family and friends.
View Tribute Book

Craig Jay Lott was born Thursday, the 20th day of July 1978 in Queens, New York to Ms. Carol Delbridge and Mr. James Gilliard. God called Craig home and gave him his Crown on Friday, the 22nd day of July 2022.

Craig grew up in Queens, New York, Gadsden, Alabama, and Macon, Georgia. He attended Elementary School at PS 137 and Middle School at PS 59 in Queens, New York. He later attended Gadsden High School for two years in Gadsden, Alabama and would go on to graduate from Northeast Magnet High School, Macon, Georgia in 1996. Craig continued his education at DeVry College, North Brunswick, New Jersey, where he graduated with a degree in Computer Science.

After college Craig quickly climbed his way to becoming a top managing I.T. professional beginning his career at NJ One Call. He then went on to hold management positions at IDT, Ranbaxy Pharmaceuticals and OHM Laboratories, where he oversaw the completion of entire data centers from start to finish. His 24-year career included the creation of his own company in December 2007, Independent Professional Staffing Solutions (IPSS), where he provided information and technology professional staffing and consultants to numerous companies nationwide.

Craig was a loving Husband, Father, Brother, Son, Grandson, Uncle, Cousin and Friend. Craig loved the spirit of celebration and good times. When holidays and birthdays came around, he would faithfully shop for gifts for his family because he knew the smiles that it would put upon their faces.

Let us rejoice at Craig’s Homegoing, for his passion for life was enormous. He loved to travel with his family to the Caribbeans, randomly bring his wife flowers just because (at least once a week, sometimes more), and experience all kinds of new foods. He was notorious for being in the kitchen. Craig loved cooking, learning new dishes and comparing his meals to others around. He was a grill master in the summer, a turkey king during the holiday season, never failing to prepare two turkeys during Thanksgiving, one fried, one baked and one occasionally smoked, and a year-round breakfast connoisseur, always perfecting his gourmet omelets to be the best around.

When Craig was not in the kitchen, spending time with his family and taking time to call his many family members which he spoke to daily, he was more than likely watching a sports game. As a loyal New Yorker and avid sports fan, Craig’s favorite teams were the New York Giants, New York Knicks and New York Yankees. He would never go a football Sunday without wearing a Giants jersey, whether the Giants were playing or not, win or lose.

To send flowers to the family or plant a tree in memory of Craig Lott, please visit Tribute Store
Print
Saturday
6
August