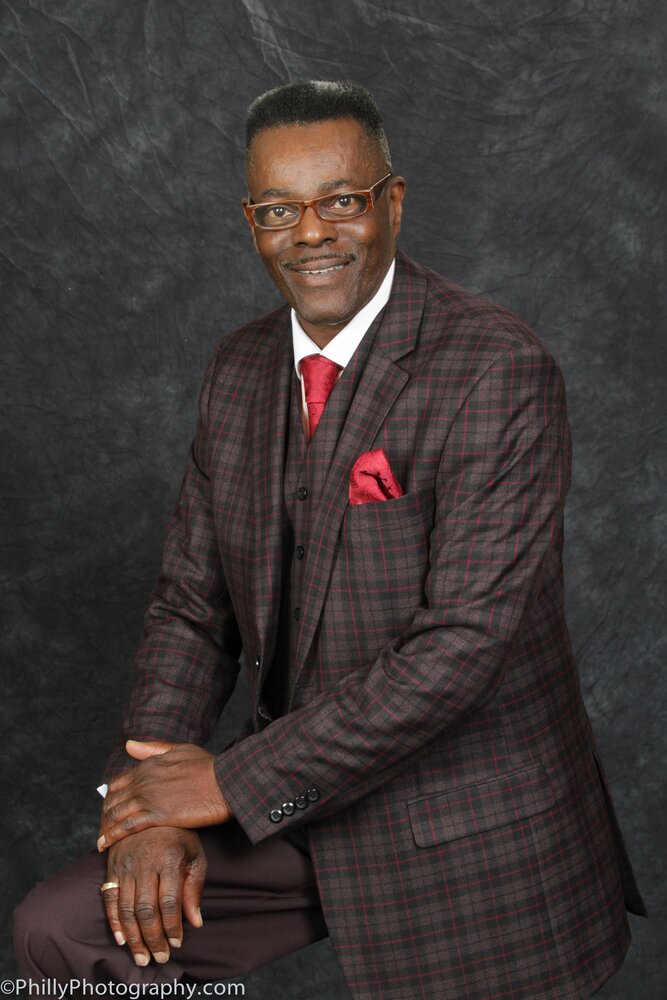 Please share a memory of Rev. Linwood to include in a keepsake book for family and friends.
View Tribute Book

Reverend McNeil is a native of Norfolk Va. Born to Thelma Simpson and Charles McNeil. His family migrated to NJ during his childhood years. He is a product of the Newark School System, graduating from West Side High School.  Rev. McNeil later returned to Virginia, completing his professional education and beginning his career in Masonry.

He returned to NJ in 1989 and in 1990 he accepted his calling to the ministry.  He was licensed to preach under the late Reverend Howard Hodges Sr., previous Pastor of the New Ephesus Baptist Church in East Orange, NJ. Rev. McNeil was ordained by the Permanent Council of the New Hope Association in 1993.

In NJ he did not pursue masonry, however, he became a CDL truck driver and spend many years over the road working for several trucking companies. He took pride in constantly telling us he was a professional driver even though we were clutching our pearls whenever we were in a car with him.

He always supported the Ministers Wives and Ministers Widows.  Traveling with us all over the country, hanging out with his fellow preachers and shopping with Rev. Michael Fisher.

As a family man he enjoyed many years of watching our oldest son play basketball and our youngest son playing football.  We spent many years on the bleachers supporting both boys. In 2006 when our first granddaughter was born, we just added her to the weekend activities.  Grandbabies Imani and Brayonn were the highlight of his life.  We enjoyed family weekends cooking on the grill and watching NFL games.

Upon being called to preach the spirit revealed that he needed to be equipped for ministry.  To this end Rev. McNeil enrolled in the Christian Bible Institute and Seminary of Bloomfield NJ where he received his associate degree in Old Testament studies and continued his studies in Theology.  Rev. McNeil continued the learning process through conferences, workshops and under Rev. Dr. Perry Simmons, Jr. previous Pastor of the Abyssinian Baptist Church of Newark.

Pastor McNeil served as General Secretary of the United Missionary Baptist Convention of NJ Inc.; he was also the 1st Vice President for Christian Fellowship Association. He was also proud to be a certified instructor with SSPB and enjoys teaching in the Leadership Institutes across the state.  His animated energy brought a lot of excitement to every course he taught.

Rev. McNeil served as the Senior Pastor of the Congregational Baptist Church here in the city of Newark since 2005.  Where he stood on the Word of God, teaching & proclaiming Phil 4:13.  I can do all
To send flowers to the family or plant a tree in memory of Rev. Linwood McNeil, please visit Tribute Store
Print
Thursday
13
October