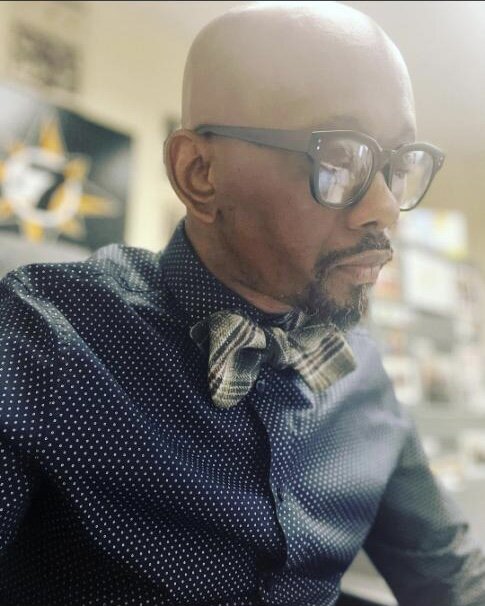 Please share a memory of Rayvon to include in a keepsake book for family and friends.
View Tribute Book

Born and raised in the city of Passaic NJ, as Rayvon Lydal Wilson, and deeply affected by the culture of hip hop and the environment in which he was reared; Hip Hop Emcee/Poet, Rashad Sun (whose name borns EQUALITY [the process of dealing equally with ALL things in existence] in SUPREME MATHEMATICS) began writing rhymes in 1980, at the tender age of 9 years old.

Despite being presented with immeasurable odds, his education has been the foundation of his growth and development. He is a 1988 graduate of Passaic High School and has earned an Associate of Science degree(s), in Early Childhood Education and Social Science, respectively, from Essex County College, Newark NJ (1993); Bachelor of Arts degree in Psychology (1998) and a Master of Social Work degree (2012) from Rutgers University.

Since 1998, Rayvon L Wilson has been employed with the Division of Child Protection and Permanency (formerly DYFS) and has worked his way up the career ladder from Family Service Specialist (caseworker) to Senior Executive Services (Local Office Manager) of the Essex Central Local Office, East Orange NJ.

During his many years of performing, Rashad Sun has graced numerous stages, such as the World Famous Apollo Theater and the Annual Show & Prove Conference of the Nation of Gods & Earths. As well as shared the microphone and stage with various hip hop greats, like Brand Nubian, Erykah Badu, Big Daddy Kane, Rakim and countless others. In addition, Rashad Sun has also performed with giants in the spoken word/poetry genre; such as Taalam Acey, Black Ice, Abiodun Oyewole, of the legendary Last Poets, as well as the late, great Amiri Baraka, to name a few. Another proud achievement includes his 2014, nomination of “Lyricist of the Year” by the Hip Hop Junky Awards.

Although still evolving as an artist, he should not be construed as a neophyte to the art form. His many years of writing and performing has prepared him for what he describes as a "natural, mature interpolation of rhythmic word and spoken word artistry." His message driven rhymes are a direct reflection of his thoughts, beliefs and opinions about the world and the role that each of us plays in its development, evolution & revolution.

Rashad Sun was dedicated to the art and was a student of his craft. He sincerely believed that his endeavors within the world of hip hop would"encourage, engage, enthuse and inspire" any and everyone, that experienced and continues to experience his journey through the art of his musical masterpieces. In addition to all of the above, Rashad Sun was the executive producer of his own recording company, Ear Responsible Music LLC., and publishing company, i write because i suffer, INK.

To send flowers to the family or plant a tree in memory of Rayvon Wilson, please visit Tribute Store
Print
Sunday
13
November