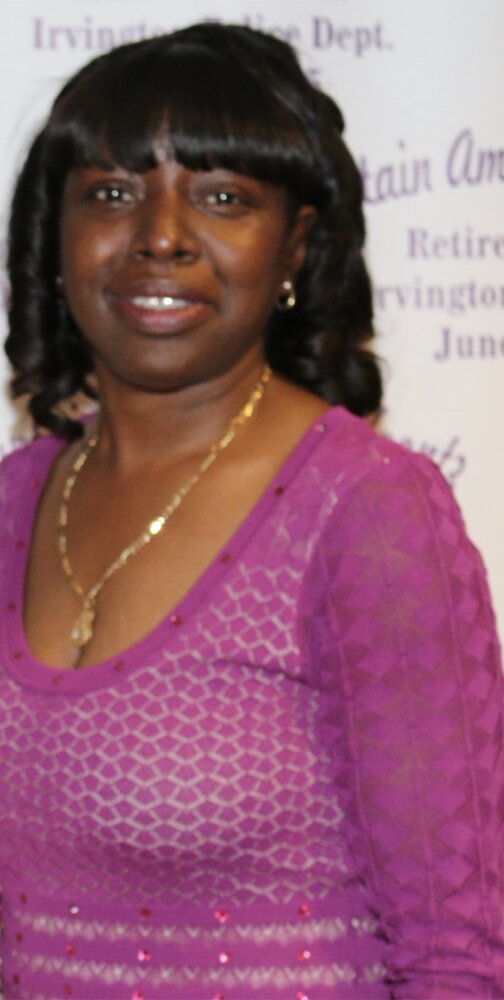 Please share a memory of Sharon to include in a keepsake book for family and friends.
View Tribute Book

Sharon moved to Newark, New Jersey at the age of 9 and attended Peshine Avenue followed by George Washington Carver Public Schools in Newark, New Jersey. She attended Irvington Vocational Technical High School in Irvington, New Jersey. While a freshman, she met the love of her life, an upper classman, named Akbar, better known as Jeff Noel.

Sharon loved to play sports, particularly, softball and basketball. She was always and avid reader and she especially loved reading Nancy Drew books. Sharon was voted in as the Senior Class President and graduated with distinction.

After graduating, Sharon and Jeff Noel were married, and she joined him in Washington State where they resided until Jeff completed his U.S. Army obligation. The couple left Washington in 1987 and moved to Irvington, New Jersey.

While residing in Irvington, Sharon notices an advertisement to become an Irvington Police Officer. She convinced Jeff to take the exam and they both passed. Sharon and Jeff both began their police academy training on February 12, 1990.

Sharon’s career as an Irvington Police Office took off quickly. She became the first African American Woman on the Irvington Police Department to make detective. She was also the first African American Woman to be promoted to the rank of sergeant and the First woman to be in a command position as lieutenant in the Detective Bureau.

Sharon created the first D.A.R.E. program, set up the Director’s summer program to send children to camp, she planned the first Director’s dinner dance, and the first Christmas event for children at the Christ Gatling Center in Irvington.

After being a Patrol Sergeant, Sharon was assigned to the F.B.I. Taskforce. She went through extensive training outside of New Jersey where she had to pass a rigorous schedule and top clearances in order to become a part of the team.

Sharon was assigned to the F.B.I. for over five years where she excelled and help decrease violent crime perpetrated by violent gangs.

As a Detective Lieutenant, Sharon oversaw the Sergeants and detectives in the Detective Bureau. She worked with great admiration for her Captain and Best friend Tracy Bowers.

Sharon was a no-nonsense leader; she was a great teacher who had compassion for the people and the cases in which she participated in and oversaw.

Her drive was second to none, she would work 24 hours to get a crime solved.

Sharon Retired from the Irvington Police Department as a Detective Lieutenant after completing twenty-five years of distinguished service.

During her retirement, she worked for the government as a consultant and conducted background investigations for government applicants.

Sharon loved the New York Yankees, and everyone knew it, she even have a room in her home dedicated with all Yankee memorabilia.

Sharon had a great sense of humor and if you did not want to hear the truth, you did not ask Sharon.

Sharon married the love of her life, her husband Jeff Noel on May 10, 1985. Her long-life partner and friend of 37 years produced a beautiful daughter, named Amanda M. Noel. Sharon loved and adored Amanda and would do anything for her. Sharon would often express how proud she is of Amanda and what a great daughter and human being she has become.

Sharon was preceded in death by her father, John Austin and her bonus Dad, Robert Crump. She leaves to cherish precious memories, from her husband Jeff, her daughter Amanda mother, Ellen Austin, Sisters Yvette Austin-Gilliam, Nancy Austin, Aunts Mamie and Nancy Austin and a host of nieces, nephews, cousins God Children and Friends.

To send flowers to the family or plant a tree in memory of Sharon Noel, please visit Tribute Store
Friday
23
December