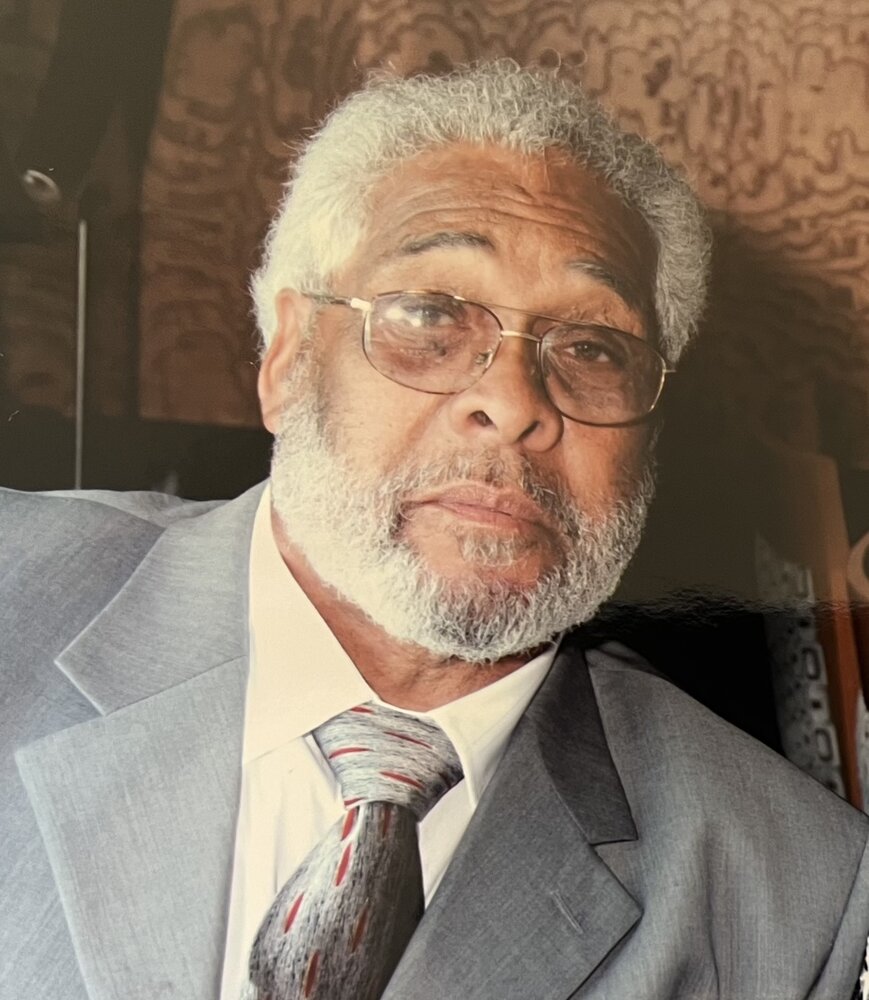 Please share a memory of Bobby to include in a keepsake book for family and friends.
View Tribute Book

Bobby Ray “Jack” Jackson, son of the late Hezekiah “Haze” Jackson and Faddie Jackson was born May 17, 1943 in Whiteville, North Carolina. He was preceded in death by his siblings Robert (Tom Thumb), Paul Edward, Inez, Claudis, Willis and Hubert. Bobby attended the public schools in Whiteville., NC. Bobby was united in holy matrimony to Lula Etta Kirk on May 27, 1962. Of this union, they were blessed with three children and one stepdaughter.

In September of 1962, Bobby left Whiteville, NC for Newark, New Jersey to make a better way of life for his family. He was joined several months later with his wife and newborn daughter Donna.

Even in humble beginnings of living in a one room flat, Bobby always opened his home and heart for other family members taking the migration journey from the south to the north during the 60’s.

Bobby was a man who strongly believed in providing the very best for his family and extended family. He believed in working hard in order to have a good quality of living. He met his lifelong friend, John Malloy, at Newark Airport packing airplane food, in 1968. The two of them went on to work for the automotive company, General Motors, where he would work for 36 1⁄2 years before retiring. General Motors allowed him to excel financially establishing multiple homes and land for him and his family, living the biblical scripture of a man leaving an inheritance for his children’s children (Proverbs 13:22).

Bobby loved the game of softball. He played on several local teams and often taking his children to the ark to play as well. Bobby was a lover of music, especially jazz and traditional R& B. He had a unique reel-to-reel equipment set and huge vinyl albums.

Collection. Working at General Motors, Bobby developed a love for car racing that he shared with his son Darrin. Every year, he and his son Darrin attending several car races over the course of 50 years. In the late 70’s Bobby development a love for Citizens Band Communication (CB) holding the handle, “Junk man or 531”. If you lived in the neighborhood you knew when “Junkman” was around. He would disturb your evening relaxation by coming over the airwaves -- “Breaker, Breaker its’ Junkman” This new hobby allowed him and his wife Lula to travel around the United States to several conventions and dances. It was during this time that Bobby and Lula became known for their smooth dancing skills winning several dance contests. They even demonstrated their skills during their 60th wedding anniversary.

For 60 years, Bobby and his family traveled a minimum of twice a year from New Jersey to North Carolina, always visiting his home roots and family. His last road trip he and Lula took was this past October.

Bobby was a strong father figure and man of good character to all the males who encounter him. Weather it was his nephews, cousins or the young men in the community his advice was always the same, work hard and provide for your family. Everyone who encountered Bobby simple loved his character and cool demeanor.

Bobby was a quiet man in regards to his faith in God. However, he knew God and trusted God. Over the years, he was devoted to watching biblical stories during the Easter season, learning biblical encounters. Bobby faithfully watched his nephew, Willie George teach Sunday school, learning the Word of God. October of this year, Bobby confessed his faith in God and believed Jesus Christ died for his sins and was raised from the dead, accepting the road of salvation and was saved according to Romans 10:8-10. In his final days on earth, he prayed, called on the name of the Lord (Acts 2:21) and transition peacefully in the peace and rest of God.

To plant a beautiful memorial tree in memory of Bobby Jackson, please visit our Tree Store

A Memorial Tree was planted for Bobby
We are deeply sorry for your loss ~ the staff at Plinton Curry Funeral Homes Somerset
Join in honoring their life - plant a memorial tree
Services for Bobby Jackson
There are no events scheduled. You can still show your support by planting a tree in memory of Bobby Jackson.
Plant a tree in memory of Bobby
Print
Online Memory & Photo Sharing Event
Online Event
About this Event

Look inside to read what others have shared
Family and friends are coming together online to create a special keepsake. Every memory left on the online obituary will be automatically included in this book.
View Tribute Book
Share A Memory
Plant a Tree