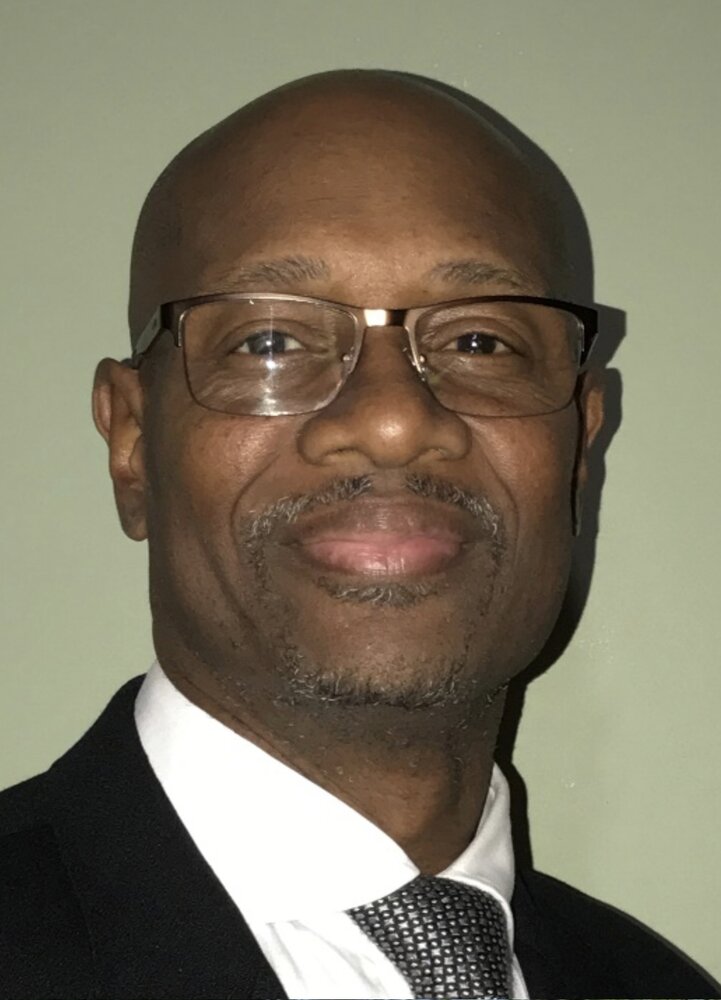 Please share a memory of Maury to include in a keepsake book for family and friends.
View Tribute Book

Maury Louis Johnson was born on October 6, 1963, in New Brunswick, New Jersey. He transitioned into the arms of the Lord on Monday, December 12, 2022. Maury was the fourth child of seven siblings.   His mother, Mildred, did not name her son right away.  While she was reading the newspaper, she came across a famous professional baseball player named Maury Wills.    She loved the name so much that she decided to name her son after him.

Maury was educated in the New Brunswick Public School system where he studied electronics and graduated from Middlesex County Vocational and Technical School in New Brunswick. His first job out of high school was working for New Brunswick Scientific (NBS) located in Edison, NJ where he retired after 30 years of service as an Electronics Technician.   Maury also graduated from the Cittone Institute where he received his certification in Computer Repair and Robotics.

At the tender age of nine, Maury gained an interest in making his own money and began delivering newspapers to neighbors in his beloved town of New Brunswick. Always determined to be on time with the help of his mother, Maury would wake up in the wee hours of the morning to prepare for his newspaper delivery route as he used his bike for transportation.

As an adult, Maury became interested in entrepreneurial ventures and created a car alarm/security business with good friend, Ron Carney, a computer business with his cousin/brother, Jesse Crawford, and a Tae Kwon Do school with his good friend, Larry McCullum. Maury was a born achiever as he always focused on winning the first-place prizes in all Tae Kwon Do competitions that he participated in over the years.  He won numerous trophies, plaques, and medals. In 1999, at the pinnacle of his Tae Kwon Do career, as a fifth-degree black belt, Maury won the first-place gold medal and earned the title of AAU National Champion.

Maury was an avid golfer for almost 20 years.  He gained notoriety with his beloved team called the Pinseekers. He has won many trophies, cups, and plaques for his phenomenal golf skills. Maury was never satisfied with average golf skills and was on a mission to continuously improve and challenge his golf club teammates. Maury strove for perfection in his golf game, and he received five-star ratings for teaching golf to interested individuals in the central New Jersey area.

Maury was always driven to achieve many goals in life. He decided to make a career change and became a licensed Realtor working for Mid State Realty located in Monroe, NJ. Along with his real estate license, he became a licensed life insurance agent. His latest venture was a real estate rehab business in which he asked his son, Maury II, to partner with him. His final position was with Trumpf Photonics where he was an Engineer R&D Lab Technician.

When Maury was a child, he met the love of his life, Antoinette (Toni) Sharron Kearse through their parents who were close friends. This sparked a future relationship when they attended Bingo with their mothers, Mildred and Patricia. While at Bingo, Toni’s mother looked at them and said, “Aww, don’t they look cute?”

On July 22, 1989, Maury and Toni were married in Holy Matrimony. To this union, two beautiful children were born, Jasmyne Gabrielle and Maury Louis II. Maury was a hard-working, loving father and husband.  He was also a wonderful role model to his children.  Maury was very proud of his children and their accomplishments.   In addition, he was very supportive of his wife pursuing her education and new projects.

Maury loved taking care of his family and was an awesome cook! Some of the proudest moments of his life included giving his daughter’s hand away in marriage and becoming a grandpa to Jasmyne and Jose’s first child Jru Giovanni.  Maury has always loved and valued his family. When Maury was younger, he was mischievous with his brothers, Maurice and Columbus, he enjoyed teasing his three sisters, Juanita, Darlis, and Dionne, and took his youngest brother, Walter (Russell) under his wing. Also, he had a large extended family in which he cherished.

Maury was a Christian man who loved the Lord.  His first church home was Mount Zion AME located in New Brunswick, NJ, where he served in many capacities such as on the Board of Trustees, as a Senior Usher, on the Men’s Choir, as a member of the Marriage Ministry, and he drove the church van.  After being a faithful member of Mount Zion AME for over 15 years, Maury decided to transfer his membership to First Baptist Church of Lincoln Gardens located in Somerset, NJ, where he also became a member of the Usher Board.

Maury was very intelligent, highly skilled, and could build and fix anything. He made many improvements to his and Toni’s home. He would never let a challenge defeat him even when he did something for the first time. Maury was so gifted that he could see in his mind how to do things without relying solely on diagrams.

Maury lived a blessed life and lived life to the fullest as he was loved by so many. He is predeceased by his grandparents, Levi and Bobbie Lee Johnson; aunts, Margaret Crawford and Vernell Ebram; uncles, Alton, Levi Jr. and Thurmond Johnson; stepfather, Walter Carrington; and grandparents-in-law, Sidney and Hilda Harrell.

Maury will be truly missed!

To send flowers to the family or plant a tree in memory of Maury Johnson, please visit Tribute Store
Print
Friday
30
December