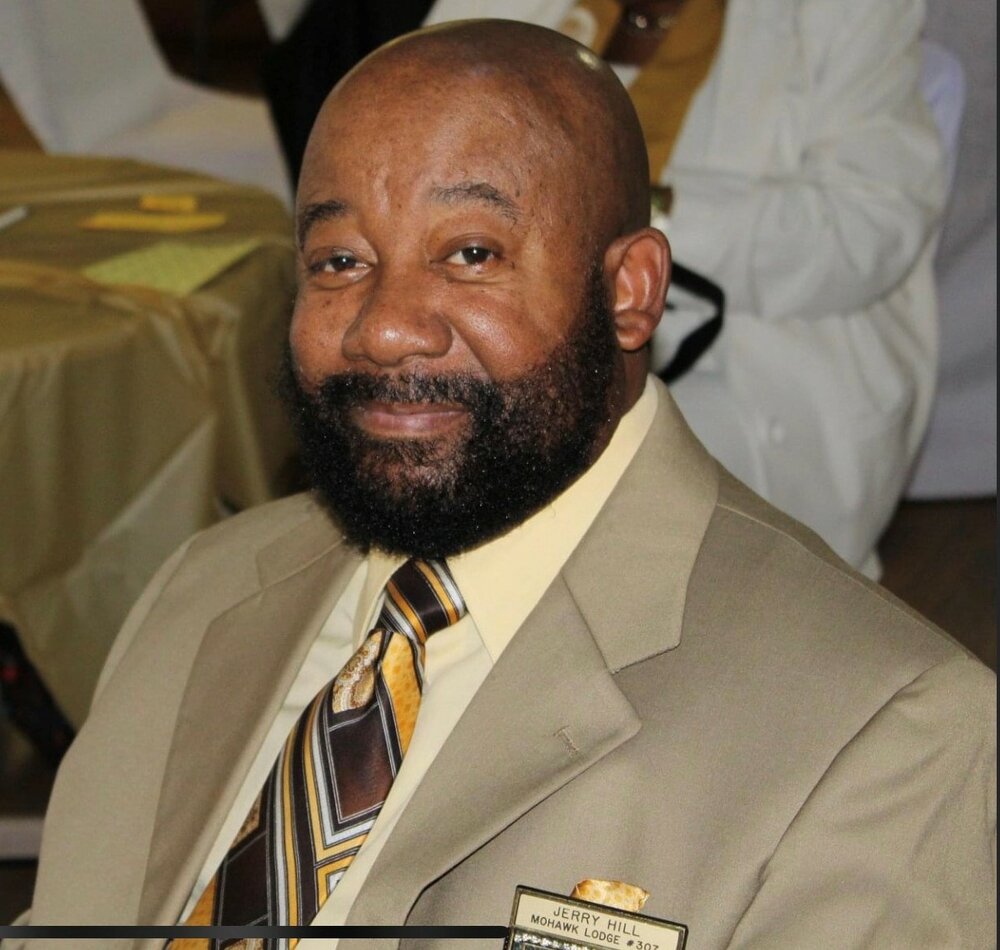 Please share a memory of Jerry to include in a keepsake book for family and friends.
View Tribute Book

Jerry transitioned from labor to reward on Sunday, December 25, 2022, at his home in Piscataway, NJ.  Jerry was born November 14, 1957, in Plainfield, NJ to the late Bishop Joseph Lee and Lola Hill. He was raised in Mount Olive Baptist Church, Plainfield, NJ where he was baptized by Reverend Clipper.

Jerry was educated throughout his childhood in the Plainfield Public School system, where he graduated from Plainfield High School in 1976.

Jerry was very industrious, beginning his working career as a teenager at the local Red Cross and then Muhlenberg Hospital. He continued his career working for the Department of Veterans Affairs, Lyons, NJ for forty-two years (retired) and Robert Wood Johnson University Hospital, Somerset, NJ for twenty-seven years.

Jerry joined the Mohawk Lodge #307 of the Improved, Benevolent, Protective Order Elks of the World in 2001 and was a dedicated member. It was with this dedication, he rose through the ranks, becoming the Exalted Ruler in 2013.  He held this esteemed position for nine years.

Jerry was well known throughout the community and continued to spearhead efforts to feed the less fortunate, provide school supplies to the children in the neighborhood and for blessing many families by hosting annual bike, toy and coat drives during the Christmas holidays.

Jerry loved the time he spent with his family and loved ones. His greatest treasures were his two children, Tamekia and Jerry (Weez).  Jerry was so very proud of them and would share with anyone the love and joy they brought into his life.

Jerry loved motorcycles and was a vehicle enthusiast; he owned several models, both vintage and current. For decades, he was a well-known competitor and 1st place winner in many car shows across the state.  He often left a trail of toilet paper behind at these shows…! Jerry belonged to the FISH-ON Fishing Club and loved deep sea fishing.  He also enjoyed playing card games, chess and traveling to exotic places with family and friends.

Jerry loved to laugh, tell jokes and he just enjoyed life. His motto was “Enjoy today, for tomorrow is not promised”.

Jerry was preceded in death by his parents and niece, Quinika Hill.

Jerry leaves not to mourn but to cherish fond memories: his daughter, Tamekia (Tyrone) Billingsley; his son, Jerry (Josen) Hill; devoted companion Bertha Solomon; three brothers, Stevie, Jeffery (Aurora) and Gregory (Regina) Hill all of NJ; one aunt, Eula Henry of Valdosta, GA. He is also survived by a host of very special cousins, nephews aka THE BUDDY CLUB, family and friends.

To send flowers to the family or plant a tree in memory of Jerry Hill, please visit Tribute Store
Friday
30
December